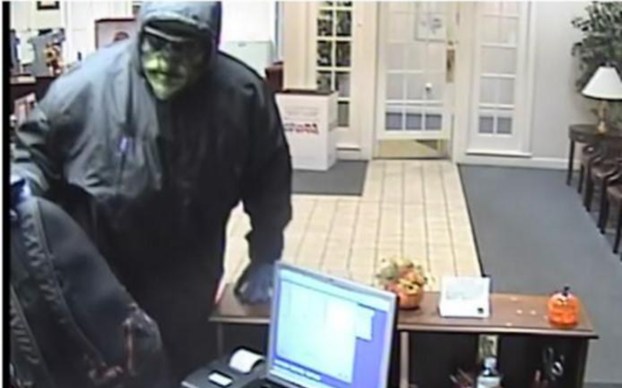 The FBI literally has a big search on its hands.

A news release from the agency says a serial bank robber it’s dubbed the “Too Tall Bandit” is responsible for 16 bank robberies in North Carolina, South Carolina and Tennessee dating back to 2009.

The FBI is offering a reward of up to $15,000 for information on the suspect, the news release said.

The agents say the suspect speaks with a deep voice and walks with a limp. They say that in each robbery, the suspect is wearing a mask, coat, and gloves, and is armed with a black handgun. They also say he often jumps over the teller’s counter.

Man gets prison time for false bomb threats made to schools