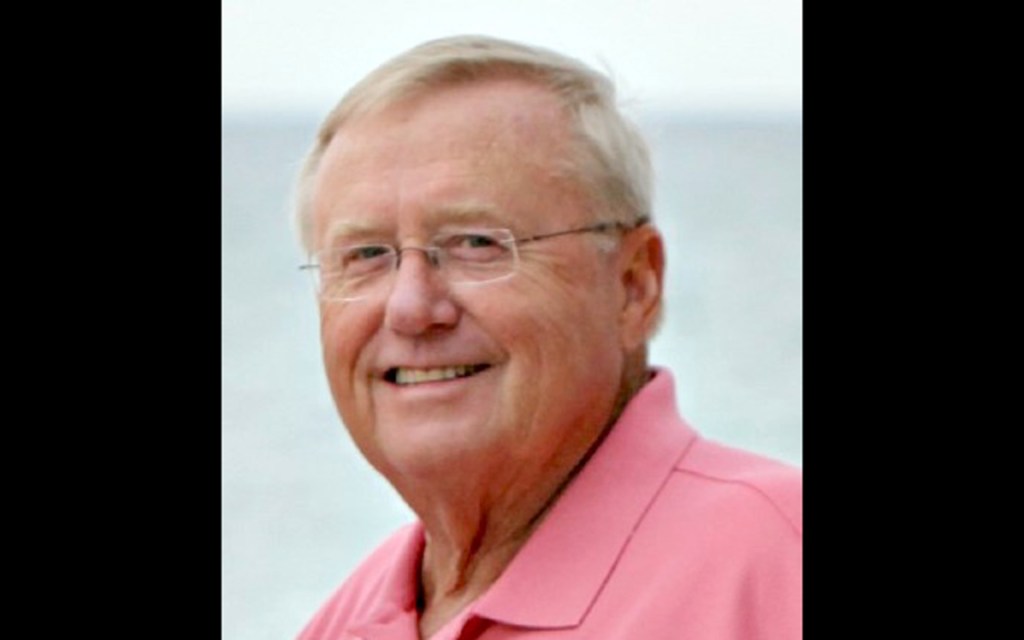 Southern Shores, NC – Bob Hall, 75, of Southern Shores, NC passed away peacefully at home on Friday, December 4, 2020 in the arms of his loving wife. He was born in Martinsville, Virginia on November 7, 1945 to the late William J Hall and Earle Turner Hall.

Bob was a member of Kitty Hawk United Methodist Church and graduated from Virginia Tech in 1968. After graduation, Bob joined the US Army and was stationed in Korea. Bob later enjoyed working for Big Rock Sports as a representative selling outdoor sporting gear for 34 years. It was his dream job as it allowed him to be actively involved in his two passions, hunting and fishing. Bob’s dedication and good-natured personality led to the development of many lifelong friendships.

He is survived by his wife of 43 years, Elizabeth (Betty) Hagood Hall; daughter Ashley Sawyer Pleasants and husband Anthony of Oviedo, Florida and son Walter Blake Hall and wife Kimberly of Cary, North Carolina. Bob had 6 grandchildren whom he adored; Austin, Morgan, Madison, Carson, Cooper and Adalyn. Besides his parents, he was preceded in death by his sister Patricia Ashley and brother-in-law Leroy Ashley.

Bob spent much of his spare time entertaining family and friends at “The Ranch” in Victoria, Virginia. Hunting, fishing, farming, cooking, singing and telling stories will be remembered by all of those that were fortunate enough to join him. He introduced the wonders of nature to his precious children, grandchildren as well as many others and taught them how to respect the environment that he so cherished.

Bob loved nothing more than to entertain and cook for his family and friends. His love for Virginia Tech football games led him to “Lot 7” where he was the head cook. This tradition grew over the years as new friendships were forged. Bob never met a stranger. His wit and wisdom and contagious optimism endeared him to so many, young and old alike.

Bob was a wonderful husband, father and grandfather. His cherished wife, Betty, was his angel during his declining days. She was the love of his life and the adoration between them was immeasurable. Bob will be greatly missed by his family and many friends, but memories of him will remain forever in our hearts.

A private family celebration of life was held at Kitty Hawk United Methodist Church at 10:00 am on Monday, December 7, 2020. The service can be viewed on the KHUMC YouTube Channel. https://www.youtube.com/c/KittyHawkUnitedMethodist.

In lieu of flowers, the family suggests donations in Bob’s memory be made to The NC WildLife Endowment Fund, ncwildlife.org, Pulmonary Fibrosis Foundation, or a charity of your choice.