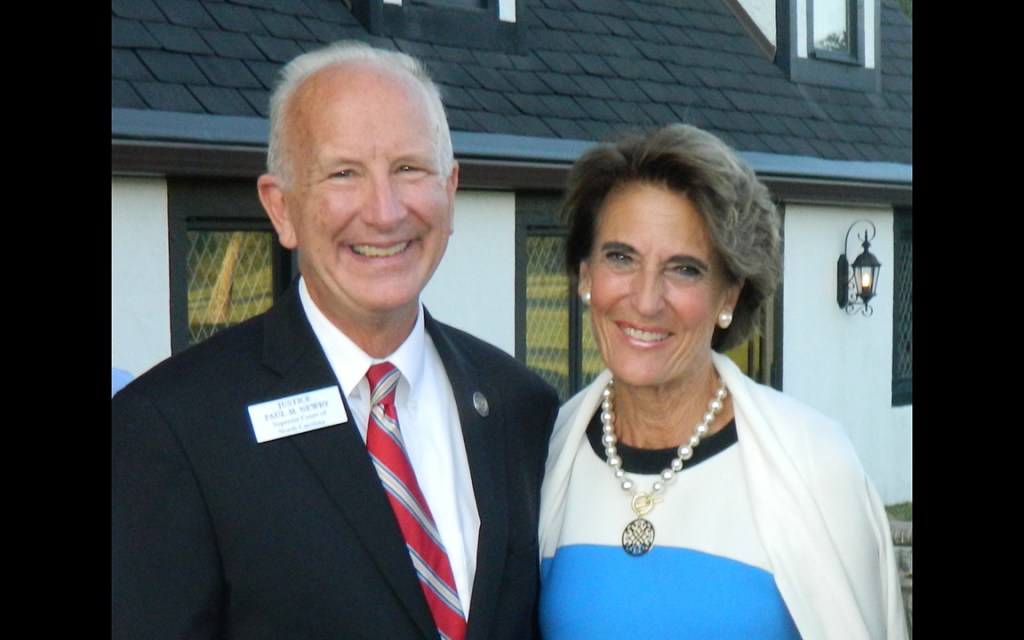 Beasley, a Democrat, said she called Newby, the senior associate justice, to congratulate him on winning their election. “I offer my very best to him and his family as he moves into that new role,” she said in a news release.

Newby had led Beasley by 401 votes from almost 5.4 million ballots cast in the Nov. 3 race after a statewide machine recount was completed. Beasley then requested a hand recount of ballots in 3% of the voting sites in all 100 counties, chosen at random, which began last week. With all but one county yet to complete work, Newby had actually expanded his lead by 12 votes, according to state elections data. A complete hand recount would have been ordered had Beasley narrowed the margin enough during the partial hand recount.

Beasley’s campaign also had filed formal protests challenging local board decisions that rejected more than 2,000 specific absentee and provisional ballots. Many county boards had turned back those challenges, while others had yet to hold hearings to review evidence. Appeals of protests by Beasley and Newby had been scheduled to be heard by the state elections board Friday.

Republican officials had proclaimed Newby the winner for weeks and had urged Beasley to concede before Saturday.

The concession means that Newby, a former federal prosecutor who joined the court in 2005, will now lead the seven-member court and the state judicial branch.

“We can now move on to the task of transitioning leadership of our Judicial Branch, which faces many challenges as the pandemic continues to impact the administration of justice,” Newby said in a statement Saturday.

A Newby victory, which still must be formalized by the State Board of Elections, also means that Republicans swept all eight appellate court races on the Nov. 3 ballot.

Republicans will now hold three of the seven Supreme Court seats. Democrats have held six of the seven seats for almost two years. Democratic Gov. Roy Cooper elevated Beasley from an associate justice to chief justice in early 2019, making her the first black woman to serve at that post.

Beasley, who has led the state courts through the pandemic, said that serving as chief justice has been “the greatest honor of my life.” She also delivered an address following the death of George Floyd in which she said racial inequalities persisted in North Carolina’s judicial system.

“I have tried my best as your chief justice to honor the opportunity set before me,” she said in her concession. “I have tried not just to speak the truth, but to live it. To not simply be an expert in the law, but an advocate for equity, to apply the tools of justice to the cause of equality.”

The chief justice also is charged in part with choosing the panels of three trial judges who initially rule on constitutional challenges to state laws. The state Supreme Court is likely in the next two years to consider redistricting, voter ID and school voucher cases.