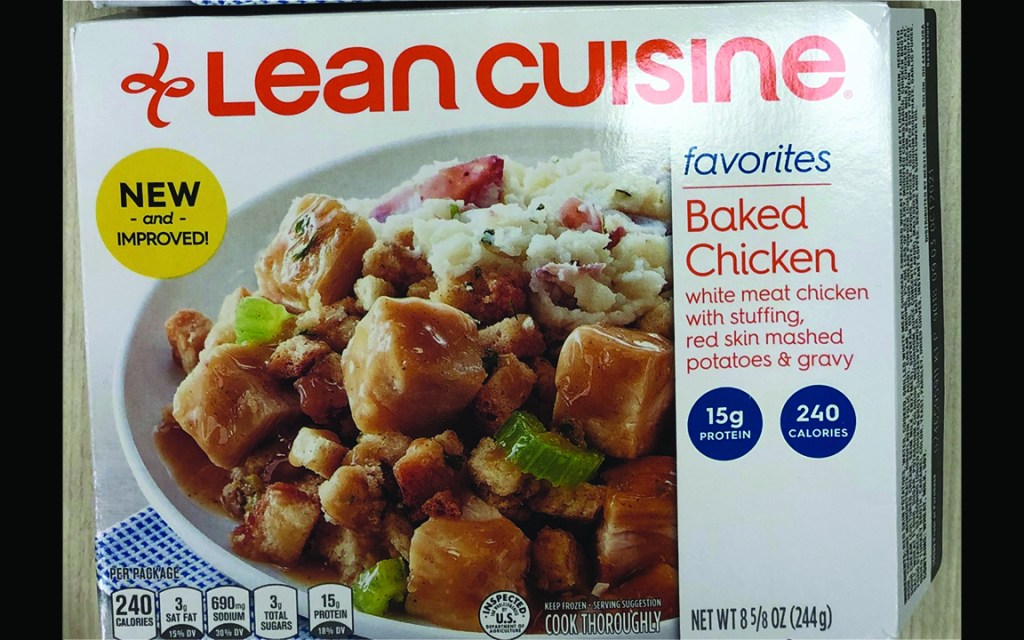 The baked chicken meal products were produced and packaged on September 2, 2020 and are described as 8 5/8-oz. (244g) carton trays of “LEAN CUISINE Baked Chicken, white meat chicken with stuffing, red skin mashed potatoes and gravy” with a lot code of 0246595911 and “Best Before” date of October 2021.

The products subject to recall, which were distributed nationwide, bear establishment number “EST. P-9018” on the side of the case near the lot number.

The problem was discovered on December 18, 2020 by the firm after receiving five consumer complaints involving hard white plastic found in the product. It is believed the mashed potatoes used in the production of the baked chicken meals products had pieces of a plastic conveyor belt that broke during production, according to a press release from FSIS.

“FSIS is concerned that some product may be frozen and in consumers’ freezers. Consumers who have purchased these products are urged not to consume them,” stated the release. “These products should be thrown away or returned to the place of purchase.”

Those with questions about the recall should contact Nestlé Prepared Foods at 800-993-8625.