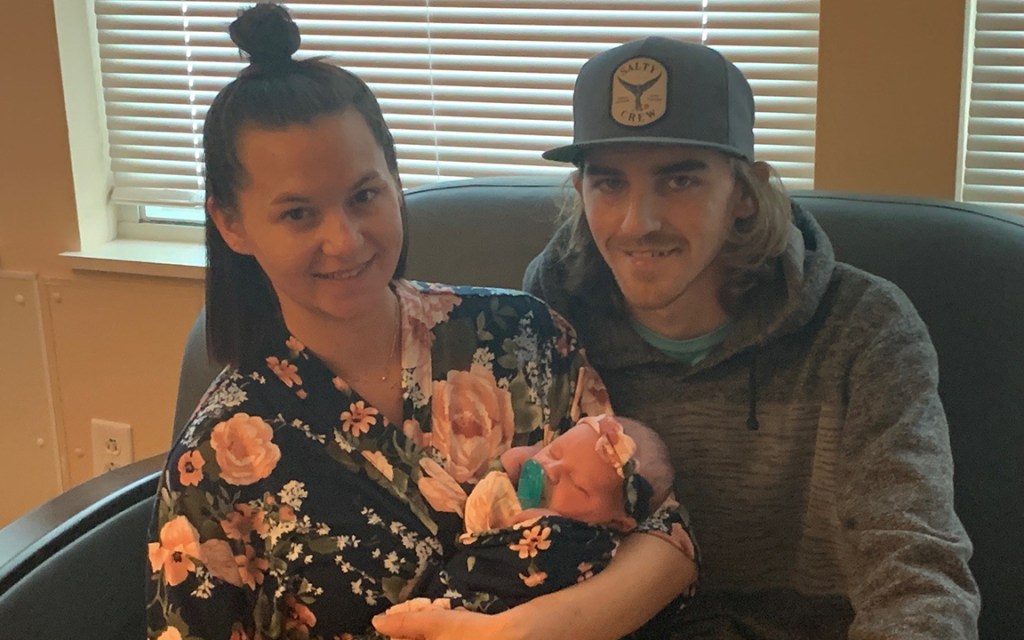 Carolyn Gilbert and Cody Jones, both of Manteo, welcomed 8-pound, 5-ounce Lorraine “Rainey” Jones into the world on New Year’s Day at 12:34 p.m.

“Baby Jones was due on December 25, 2020, but apparently did not want to share her birthday with the holiday,” stated a press release from the hospital. “She waited until New Year’s Day, making her the first baby born in 2021 at The Outer Banks Hospital.”

Finding out Gilbert was pregnant at the start of the COVID-19 pandemic was difficult for both parents, mainly because she had to go to all her appointments alone, according to the hospital. “However, Carolyn is grateful that Cody was able to be with her during labor. Rainey’s brother Liam, 4, who has only met his sister through FaceTime, says he gets ‘to be the first one to hold [his] sister when she gets home!’” stated the release.

Jones relayed that he missed the birth of his son because he was working on a shrimp boat at the time, so he was thrilled to be around for this birth.

“Welcome to the world, Rainey!”