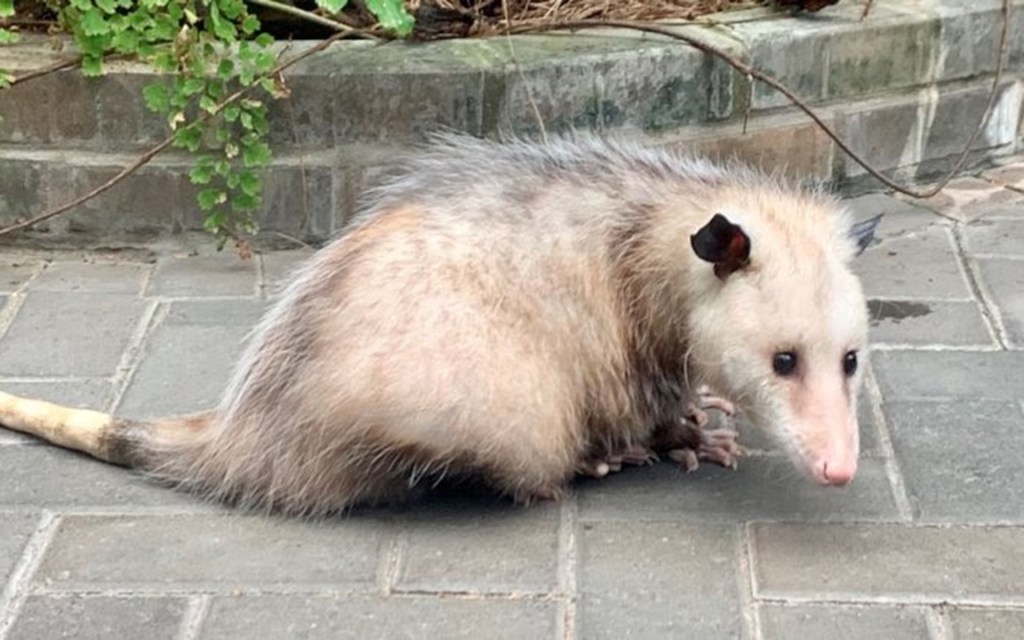 The North Carolina Aquarium on Roanoke Island announced Wednesday afternoon that its veterinary team “made the difficult decision to humanely euthanize educational animal ambassador Webster, a Virginia opossum, on Jan 20. The decision came after biopsy results confirmed a form of invasive cancer in Webster’s mouth that was inoperable.”

“These kinds of decisions are always, always difficult – and the team here at Roanoke Island is taking it very hard,” said Elizabeth Huber, husbandry curator at aquarium. “But Webster’s quality of life outweighs all else, and he will always be in our hearts and minds as we celebrate the joy he brought to so many of our visitors through our educational programs.”

Webster came into the care of the aquarium’s husbandry team nearly four years ago after he was orphaned and it was discovered that his rear hip joints were not properly developed. According to the aquarium, in the wild, this condition would have prevented him from climbing trees to search for food, escape predators and to rest, making a release into his natural habitat unfeasible. While opossums typically have a one to two year lifespan in the wild, “Webster beat the odds by living for almost four years thanks to his amazing care team,” stated the aquarium. “During that time, Webster delighted many visitors and helped to educate and alter the perceptions of many regarding opossums.”

“I take comfort in knowing he is so loved,” said Dr. Emily Christiansen, North Carolina Aquarium Division veterinarian. “He had such an excellent long opossum life that he would not have had otherwise if he wasn’t part of our family!”

“While the team at Roanoke Island is terribly saddened at the loss of Webster, his great ambassador work will continue through the efforts of Patrick, the aquarium’s younger ambassador opossum,” stated the announcement.

The aquarium is located on the northern end of Roanoke Island at 374 Airport Road, off of U.S. 64. For more information, visit ncaquariums.com/roanoke-island or call 252-475-2300.