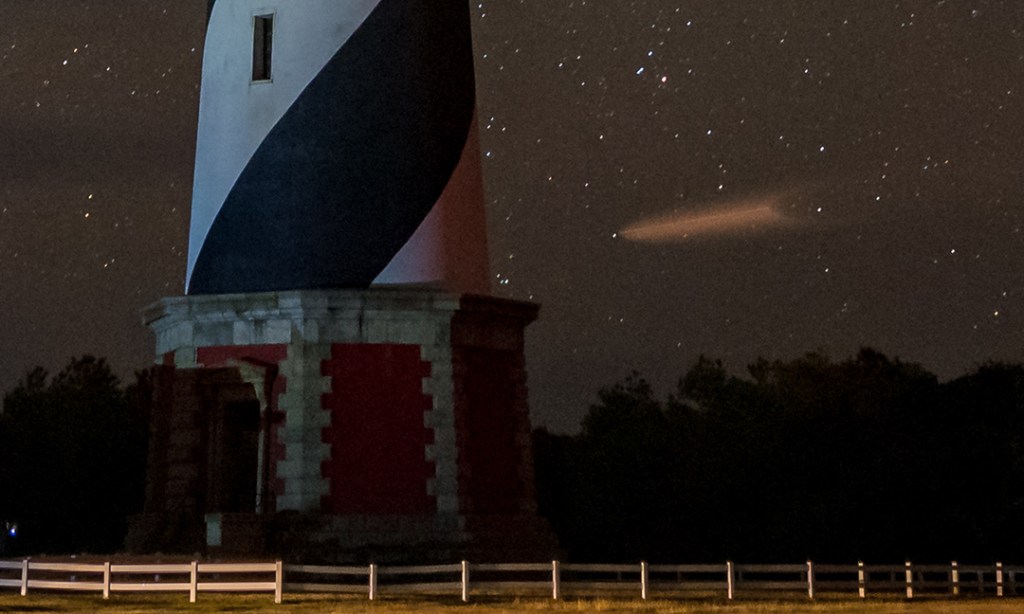 On January 7 at around 10:20 p.m., Outer Banks photographer Wes Snyder captured images to create a time lapse video that had the virtual community buzzing.

What sparked such a stir was an object that viewers watched fly across the starry sky. Snyder claimed in his years of working in the field, he had never seen such a large moving object grace his images. In real time, the object could be seen for 176 seconds, or just under three minutes.

“It was faster than typical planes and much, much larger,” Snyder told The Coastland Times. “Planes look like a moving star, and this seemed to be as close as I see helicopters fly by.”

Snyder had spent the night at Cape Hatteras Lighthouse to shoot some footage for an upcoming video project. He set up a couple of cameras, as per usual when the goal is to make a time lapse video, to continually run for four to six hours. His trusty Nikon D780 was the camera that caught the evidence. While later sifting through his work from that night, he found the mystery at hand.

“For it to show up on different frames, then last longer than twenty seconds, I don’t know what it could have been. My best guess is lately we have had a lot of fog, and sometimes I notice when I drive back that there is a ceiling of fog above my head.”

Snyder’s guess is as good as anyone else’s that took to social media to discuss the phenomena. After posting the time lapse footage on YouTube, people began the debate as to whether this was something extraterrestrial, maybe military-based or even from NASA.

Snyder explained that time lapse footage is something not everyone knows a lot about, so the guesses that came in regarding planes or shooting stars were likely not the case. “Lots of people see a shooting star and a meteor, and they only last a second. This lasted 176 seconds. A lot of people, not paying attention to details, don’t realize that at night time I can’t just walk out and take a photograph.”

Time lapse photography consists of multiple consecutive photos taken over the span of a period of time and then meshed together. The object itself was visible a total of 16 frames, or 176 seconds (11 second interval by 16 frames).

After editing hundreds of time lapse photos, Snyder knew this one was special. He noted, however, “the more I look at it, the more I just don’t know what it is.”

Capturing such striking images is time consuming, and Snyder said he has to battle the elements to get a great shot, or usable footage. “Most of the time nowadays it is freezing cold, and I’m standing outside for hours,” he said. 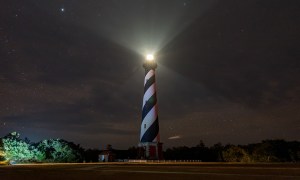 Snyder said if he does not keep his camera lenses warm enough, they tend to fog over within minutes. This disrupts the entire process and can leave him empty handed when it comes to footage.

“I’m always fighting light pollution,” he added. Seeking out secluded areas and/or those that leave behind the bright lights of the commercial buildings is crucial in his nighttime photography.

Snyder remarked that perhaps his other most memorable time lapse photo was of a UFO site, where he caught “really strange red trails” around the object itself. “That’s what I love about it, no one with the naked eye would have ever seen something like that. It’s incredible.”