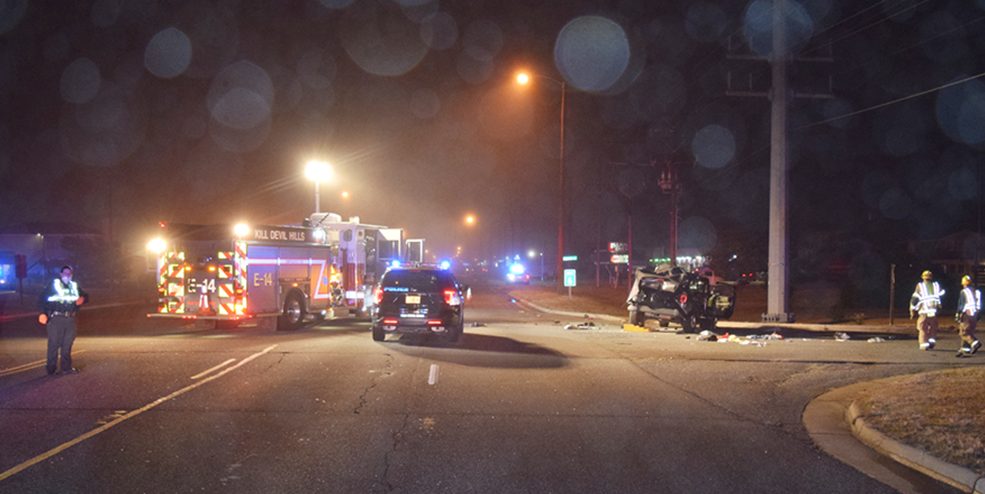 Kill Devil Hills Police and Fire departments and Dare County EMS responded to a serious motor vehicle crash at the intersection of US 158 and E. Palmetto Street in Kill Devil Hills on Tuesday, January 26, 2021 at around 6:27 p.m.

According to KDHPD, the investigation determined that a 2003 Volvo XC90 T6 sports utility vehicle operated by Merlin Garrett Cole, 23, of Colington, was traveling west on E. Palmetto Street and made a left turn onto US 158. Cole had one passenger inside his vehicle.

KDHPD reports that at the same time, a 2010 Jeep Wrangler Unlimited sports utility vehicle operated by a 17-year-old juvenile male was traveling south in the inside lane of US 158 (North Croatan Highway) approaching the intersection with Palmetto Street. The driver and his front passenger, a 16-year-old female, were secured in safety belts. A 16-year-old female in the rear passenger seat was not secured in a safety belt.

“Roadway evidence and driver statements obtained at the scene indicate that the Volvo SUV operated by Cole turned US 158 without coming to a complete stop at the stop sign at the intersection of US 158 and Palmetto Street,” stated a press release from KDHPD. “As the Volvo SUV entered the inside southbound travel lane it collided with the Jeep Wrangler. The impact caused the Jeep Wrangler to flip approximately six times. 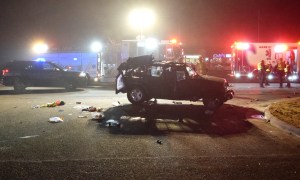 It was reported that neither occupant of the Volvo SUV complained of injuries.

According to KDHPD, “officers were able to detect an odor of alcohol about the breath of Cole. An alcohol screening device test was administered with a positive reading. Cole was transported to The Outer Banks Hospital for a consent blood draw for testing. Criminal charges are pending.”

KDHPD expressed thanks to the Nags Head Police Department, Kitty Hawk Police Department and the Dare County Sheriff’s office for their assistance at the scene as well as telecommunicators at Dare Central who help coordinate the response and rescue efforts.