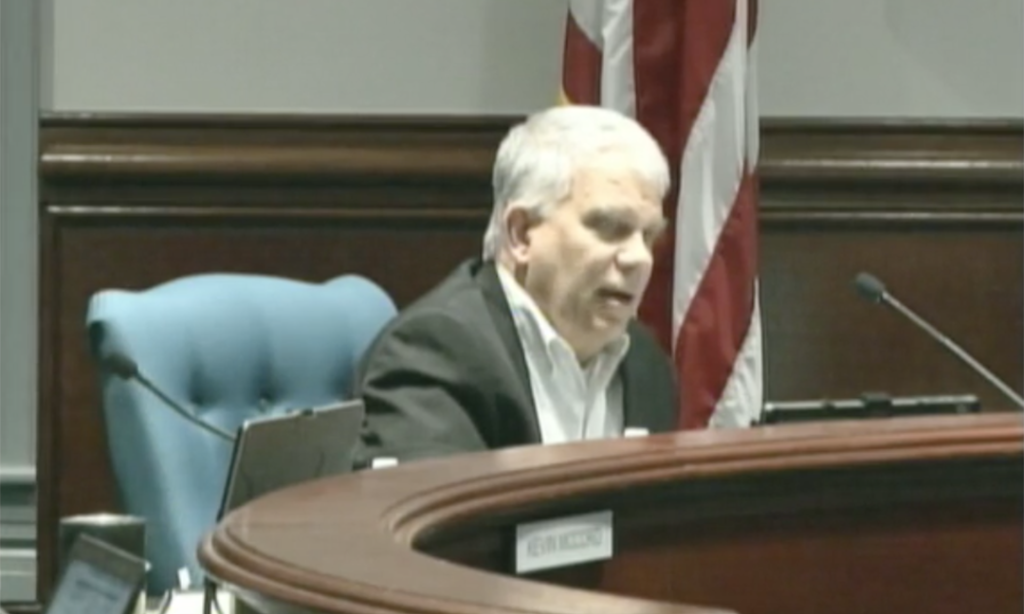 The Currituck County Board of Commissioners passed two motions February 1 in favor of Miller Homes and Builders and Bissell Professional Group. Both groups sought amendments for greater flexibility in their respective business endeavors.

Miller wants to replace the 26-year-old modular on the property to build an office to support his growing business, but his conditional zoning requires a site plan that must be approved by the county. He has appeared before the county several times.

“It takes a long time to get stuff done in the county,” Miller said. “I wish there was some way to expedite.” 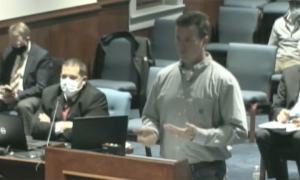 Sam Miller appeals to the board. Currituck meeting screenshot

Commissioners discussed the future impacts of the zoning change. While the board affirmed Miller’s business and its benefit to the community, they hesitated in approving the amendment because general business zoning could allow additional uses of the property that the county wants to avoid, such as nightclubs and hotels.

Miller objected. “All of those uses will require a special use permit,” he explained. “You’ll get another vote,” he said.

The board unanimously voted to approve the zoning reclassification.

Next, the board heard from Bissell Professional Group with a request for an amendment to the Unified Development Ordinance (UDO) to establish a non-residential minor subdivision process with the goal of streamlining the review process for commercial businesses.

The request comes in response to the Board of Commissioners’ September 3, 2019 language amendment meant to address the safety concerns of subdivisions creating lots and installing driveways along state roads. They were trying to control access and prevent driveways from appearing up and down the highway.

However, the result was more red tape for business.

The board heard the complaints. Their desire to control road access and increase safety had unintended ramifications for business.

“I don’t want to see another commercial entity penalized because of the system,” said commissioner Paul M. Beaumont. Though negotiations regarding lot size still need to be addressed, the board unanimously approved the amendment to the ordinance.