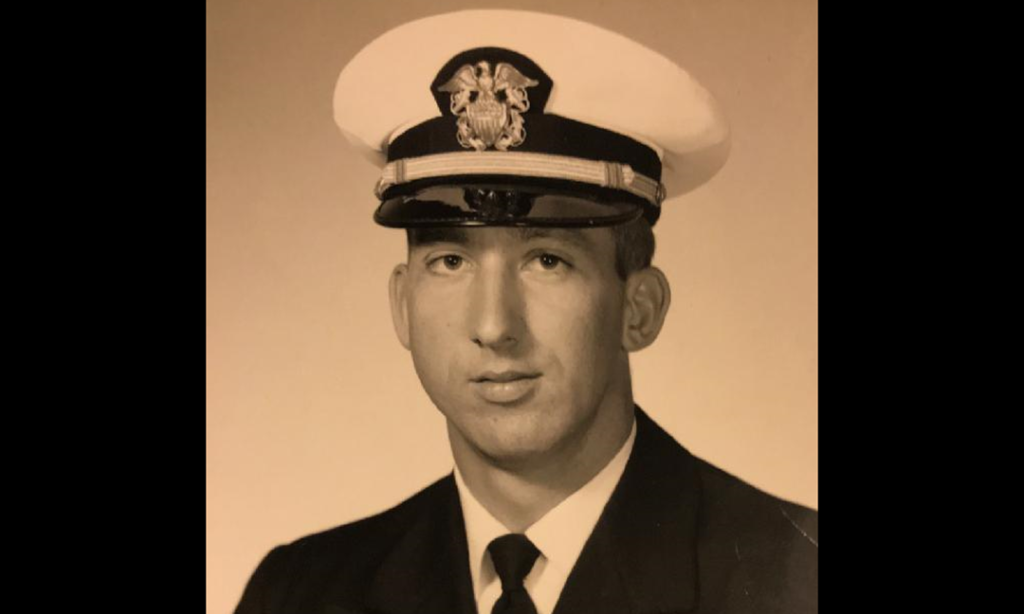 Jim flew out on his Navy Wings of Gold on February 8, 2021 to meet his Heavenly Father. Growing up in Evening Shade, Arkansas, Jim would go on to graduate from Arkansas State University and accomplish his goal to attain his wings at Pensacola, Florida. Jim served as a plane commander and Landing Signal Officer on the USS Intrepid, USS Wasp and USS Randolph. After accepting a position as a systems engineer with Grumman Aerospace he contributed to the development of the 1969 moon Apollo II and also served as Grumman representative to Hunter Killer Force US Atlantic Fleet. After teaching mathematics in Virginia Beach Schools for thirty years, Jim taught college algebra on the USS Enterprise for Texas Central College. Retiring to Kitty Hawk Bay, he enjoyed the sunsets and crabbing for twenty years.

Jim was born to Leonidas and Elsie Downing on January 1, 1941. He was preceded in death by his brother, Roy L. Downing and sister, Ann Downing Brown. He is survived by his sister, Emma Linn (James); his wife, Edna Kaye Downing of fifty-six years; and brother-in-law, Marshall L. Burgess. The pride of Jim’s life was his two sons, David Burgess Downing of Nags Head and Christopher Van Downing (Ashley) and treasured granddaughter, Mackenzie of Lewisville, TX.