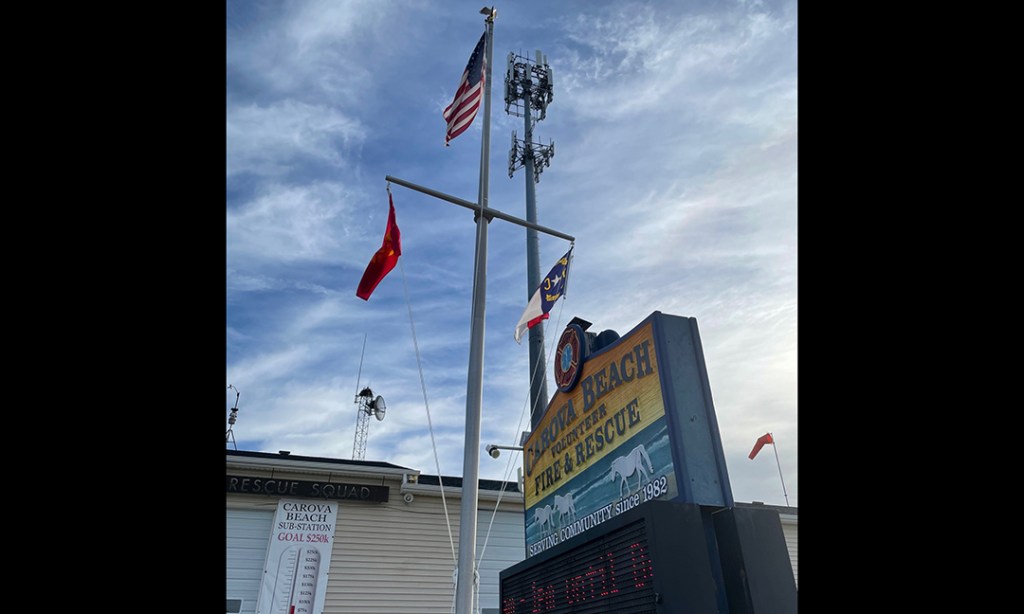 First responders in Currituck County are getting a boost in their wireless communications with the addition of a new, purpose-built FirstNet cell site and other network enhancements. This new infrastructure is part of the FirstNet network expansion taking place across the state, bringing increased coverage, capacity and capabilities for public safety.

“This is great news for public safety and for anyone who lives, works or visits Currituck County,” said firefighter Jon Gates, president of the Carova Beach Volunteer Fire Department Board of Directors. “We asked for better mobile broadband coverage in this region so we can better protect our residents and visitors. FirstNet and AT&T listened and are delivering this much-needed coverage.”

“FirstNet is the only nationwide, high-speed broadband communications platform dedicated to and purpose-built for America’s first responders and the extended public safety community,” stated a press release. “It’s built with AT&T in a public-private partnership with the First Responder Network Authority (FirstNet Authority) – an independent agency within the federal government.

“Building upon AT&T’s current and planned investments in North Carolina, we’re actively extending the reach of FirstNet to give agencies large and small the reliable, unthrottled connectivity and modern communications tools they need,” the release continued.

Currently ahead of schedule, the FirstNet build has brought North Carolina first responders:

“North Carolina’s first responders deserve reliable coverage across the state to help them effectively and efficiently address incidents. And with FirstNet, that’s exactly what they’re getting,” said Trey Rabon, president of AT&T North Carolina. “We couldn’t be more pleased to support the public safety mission and bring the state’s first responders – and residents – greater access to the connectivity they need. Working with public safety we’ve made FirstNet nimble, adaptable and ready to scale for even the most severe situations as we’re seeing currently with COVID-19.”

“FirstNet is a dedicated broadband platform for public safety, by public safety,” said FirstNet Authority CEO Edward Parkinson. “We worked hand-in-hand with North Carolina’s public safety community to understand their needs for the network. And these network enhancements are a prime example of how that input and feedback is becoming reality. We look forward to supporting Currituck County’s first responders’ use of FirstNet to help them save lives and protect communities.”

In addition to further elevating public safety’s connected experience in support of their emergency response, this new infrastructure will also help improve the overall coverage experience for AT&T wireless customers in the area, according to the press release. Residents, visitors and businesses can take advantage of the AT&T spectrum bands, as well as Band 14, when additional capacity is available.

New committee on marine resources and aquaculture chaired by Hanig