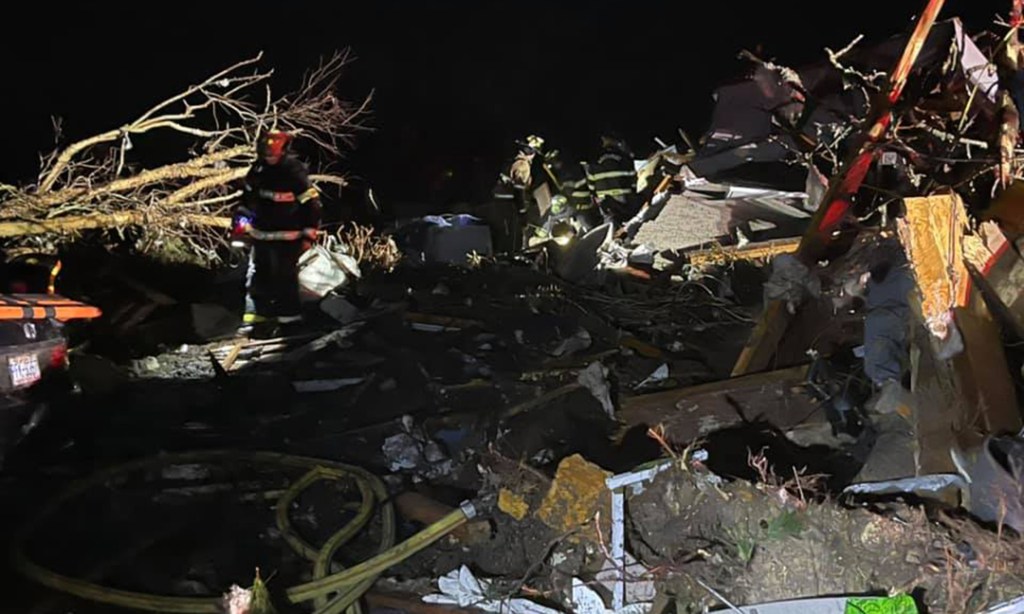 A tornado ripped through North Carolina’s Brunswick County, killing at least three people and injuring 10 others in its trail of destruction, authorities said.

The tornado hit just after midnight Tuesday in southeastern Brunswick County near Grissettown in the Ocean Ridge Plantation Community, destroying homes, downing powerlines that left thousands without electricity and snapping trees in half, news outlets reported.

“It’s something like I have never seen before. A lot of destruction. It’s going to be a long recovery process,” Brunswick County Sheriff John Ingram said at a press conference early Tuesday.

Ingram said searches for missing people were underway and will increase during the day. He’s asked people to avoid the area while crews work to clear the streets and search for victims.

The Wilmington Fire Department tweeted that it would send teams to help find people missing after the tornado.