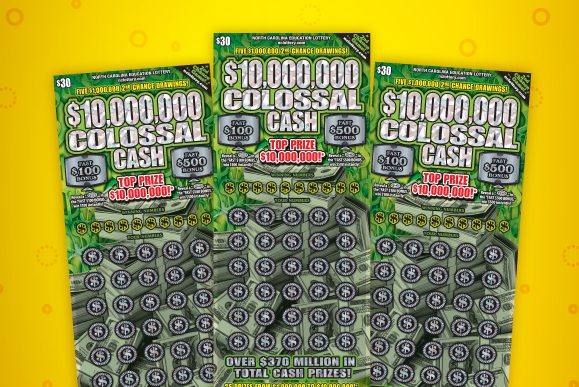 If Allen Boger’s Chevy Silverado had not been low on gas and if the first lottery ticket he wanted to buy had been in stock, then he never would have ended up with a $10 million prize, according to a press release from the North Carolina Education Lottery.

“It took a couple of twists of fate for this to happen,” said Boger, a car salesman from Denver, as he collected his prize Monday at lottery headquarters in Raleigh.

Boger’s stroke of good luck happened Saturday morning as he headed off to play the lottery. Then, about a mile from home, his truck’s low fuel light came on and he turned around to go to a gas station. After filling up at the Lunar Mart on NC 16 in Denver, he went inside to buy a $20 scratch-off ticket. When it wasn’t available, he bought instead a $10,000,000 Colossal Cash ticket.

Boger had the choice of taking his prize as an annuity of $500,000 per year for 20 years or as a lump sum of $6 million. He chose the lump sum and, after state and federal tax withholdings, took home $4.2 million.

He said he planned to use the money to pay off his bills and then retire and live off his savings and investments.

Boger became the fourth person to win a $10 million prize in the $30 game.

For details on how funds raised by the lottery made an impact in North Carolina last year, visit www.nclottery.com and click on the “Impact” section.

Out for a stroll: Three bears on the Pocosin Lakes National Wildlife Refuge