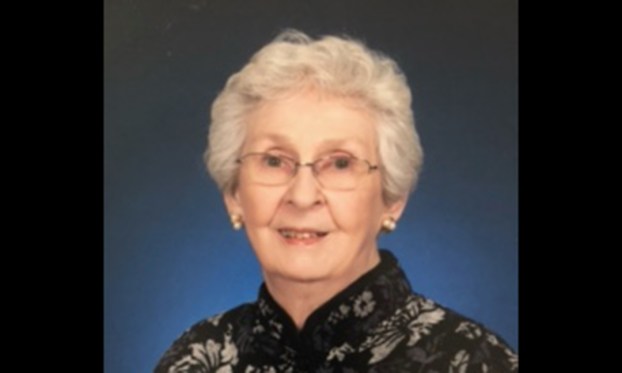 Born in Vandergrift, PA, she was the daughter of Joseph B. and Mary F. Patton. After graduating from Vandergrift High School in 1941, she continued to pursue her love for journalism professionally by working for the Vandergrift News during WWII. Later as a mother of three in the 1960s, she joined the staff at the Valley Daily News in Vandergrift and then became editor of the local Apollo, PA newspaper. She revisited her talents as a writer in her 80s and 90s when she delighted family members with her memoirs.

Pat dreamed of painting for many years, and finally after retiring to the Outer Banks in 1985, she attended classes in oils and watercolor at Kitty Hawk School and the College of The Albemarle. Through these classes, she confirmed that watercolor was her favorite medium. She found workshops with a number of watercolorists – Frederick Wong, Barbara Thelin-Preston, Zoltan, Szabo – very rewarding. As a talented painter herself, she exhibited artwork in numerous local art shows

Pat and her husband Wick were very active in their community of Southern Shores, NC. They were an essential part of the planning committee for All Saints Episcopal Church. Pat was also instrumental in starting the Dare County Republican Women’s Club of NC and served as its first president, an historian, and their first Honorary Life Member. In addition, she was involved on state and national levels in the NC Federation of Republican Women as Unit Club President and as a delegate to the state and national conventions.

Pat also enjoyed traveling and journeyed to France, England, Italy, Hawaii and Korea. However, she found her greatest joy in her family who will lovingly remember her as the woman who found the perfect driftwood Christmas tree and decorated it with seashells, who loved to cook and entertain, who reveled in the beauty of sunsets over the sound, who went white water rafting down the Rio Grande in her 70s, and who showered us all with her unconditional love.

A private memorial will take place at a later date.