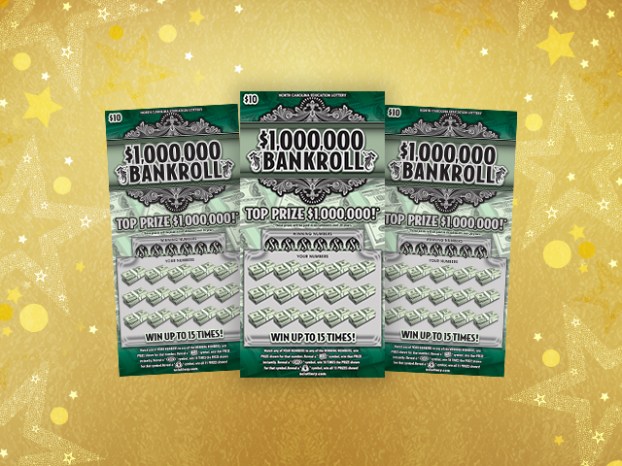 Charles Rupert of Rocky Mount tried his luck on a $10 ticket and watched as it revealed a $1 million prize, according to a press release from the North Carolina Education Lottery.

“Very ecstatic and very excited,” said Rupert as he claimed his prize Tuesday at lottery headquarters in Raleigh.

He purchased his winning $1,000,000 Bankroll ticket from the Gold Rock Food Mart on Gold Rock Road in Rocky Mount.

“It’s going to help my family a lot,” said Rupert of his winnings.

The $1,000,000 Bankroll game launched in December with five top prizes of $1 million. Three top prizes remain to be won.

For details on how funds raised by the lottery made an impact last year, visit www.nclottery.com and click on the “Impact” section.