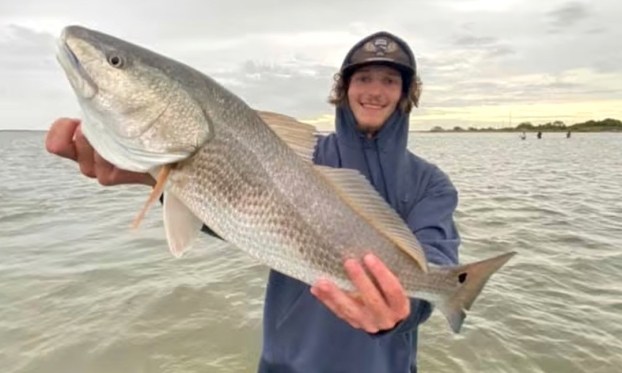 Gray was born in Wilmington, NC, to Jennifer Breaux and Stephen Everette. Gray moved to the Outer Banks with his mother, a Kill Devil Hills native, in 1998. The Outer Banks was Gray’s home for many years before moving with his family to Loudon County, VA, in 2005, where he attended elementary and middle school and eventually began his high school career at Woodgrove High School. He deeply missed the beach and his friends on the Outer Banks and moved back to Kill Devil Hills in 2014 and attended First Flight High School.

Gray will be remembered for his kind nature and gentle soul, his welcoming smile and quick laughter. He was a genuine, compassionate, and fiercely loyal young man who cared for his family and friends. Never too busy to be a listening ear, he held his heart on his sleeve and would always be there to help others in need.  A confidant to his brothers, and the first to hoist his youngest brother onto his shoulders, Gray loved with all his heart. He was bold and the first to speak up for those without a voice. He was truly a champion for his friends, celebrating their triumphs and consoling them in their darkest times. He cared so deeply for others.

Gray loved being on the water, and his greatest passion was fishing with his friends. Gray soaked in what the coast had to offer and would often and watch the sun rise from the beach and set from the sound side, most often alone. He found his solace in what nature offered.  He enjoyed his Kendamas and had a natural skill with them. They honed his coordination and focused his determination and patience and brought him many hours of fun. He passes this fun-loving passion onto his siblings.

Gray was deeply loved by his family and his friends. He had hopes, dreams and plans. He died with a “to-do list by his side” and was excited about his future. Gray wanted life.  He wanted to live to see his siblings grow up and to help others. He was sadly robbed of his life here and we of him.  He will always be missed.

Gray is survived by his mother, Jennifer and her fiancé, Michael, his two brothers, Christian Park and Nicholas Miles Blosser and his father, Steve, his grandmother Jeannie Maynard “Nana”,  and step-grandfather Doug Leal, his grandfather Paul Breaux and life partner Cindy Berg, his aunt Allison Breaux and uncle Peter Rackley, aunt Madeleine Breaux, his soon to be stepsister Teagan and stepbrother Malachi, his aunt Ellen Jones, uncle Jim and cousins Devine and Jarrett, Aunt Stephanie and uncle Larry, and cousin Olivia, and his cat Nutmeg. Other family members and countless friends that were like family mourn his loss deeply as well.

A private service celebrating Gray’s life will be held, waterside, in late March. The family invites you to send your pictures, memories, and videos celebrating and remembering his life, saying goodbye, and sharing your love to RememberingGray@gmail.com. The family will create a video to share publicly. A charitable organization, Tight Lines, has been set up in Gray’s memory. The charity’s mission is to help young adults who are struggling with substance abuse, to assist them with funding recovery and intervention and to spread awareness. In remembrance of Gray, the family asks that tributes be made in the form of a charitable donation to: “Tight Lines Charity” – Bank of Charles Town, 1201 Wolf Rock Drive Suite 125, Purcellville, VA 20132 or via GoFundMe.