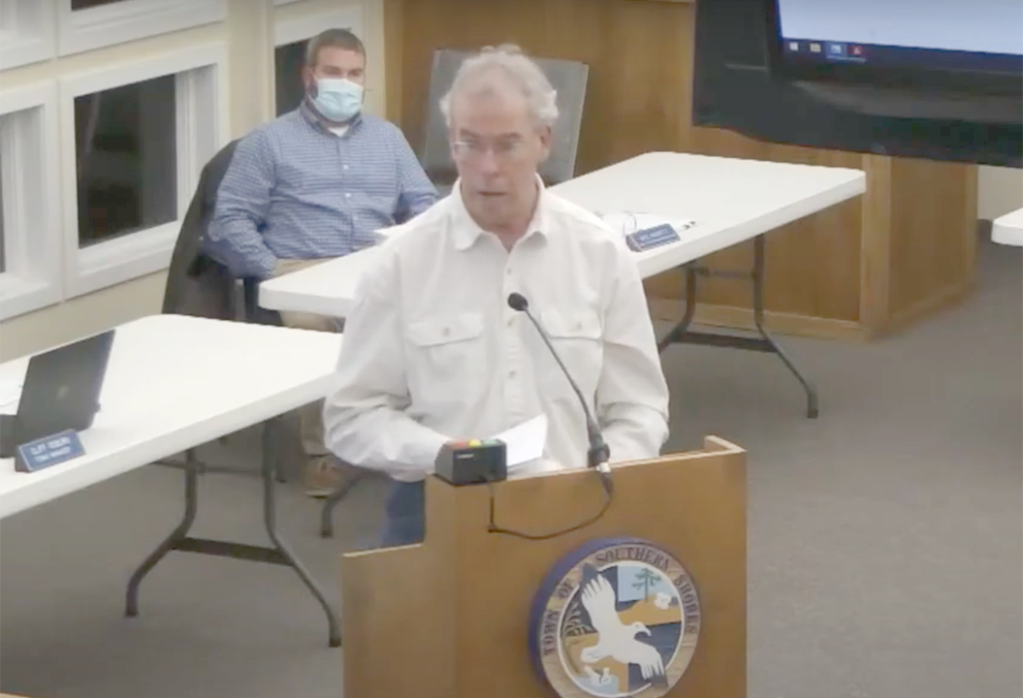 The Southern Shores Town Council heard a presentation from consultant Chad Meadows of CodeWright Planners regarding a town ordinance document update, but decided to stick with the current code and make changes as needed.

According to his Zoom presentation, Meadows discussed the goals of the project, including:

– Reformat the code for easier use and more clarity.

– Supplement with illustrations, where appropriate.

However, council members are comfortable with the current format of the code, and council member Matt Neal expressed concern with a total overhaul.

Mayor Pro Tem Elizabeth Morey agreed. “The intention of the update is sound,” she said, “But to Matt’s point . . . it does seem we’re at the point where we’re more concerned with making an error than we are with making the product better. The comments from people who use the code, we think our code’s pretty good. We like using it, we think it’s pretty simple.”

Neal said, “I personal like the text layout better, I don’t think that [the current code document] is wholly broken.” Council members agreed that certain items of the proposed document update would complicate the process of using the code, such as grouping the definitions together in the beginning rather than including them for reference in each chapter.

The council agreed that there are benefits to the revised code proposal. Neal made a motion for compromise: to instruct town staff to take valuable elements out of the adoption draft for future consideration. The motion passed unanimously.

Southern Shores is working toward the state’s 160D statute compliance, but they agreed to handle that according to the July 1 state guideline, and to keep their code update process that’s been five years in the making, separate.

“We’ve got a lot of investment in this, not only monetarily but also energy,” said Andy Ward, Southern Shores Planning Board chairman. According to Ward, the goal for every code rewrite is to make it policy neutral. “And I’m not sure if this [proposed update] is policy neutral. We just kind of like the old way. I think we made a good decision.”

The council also heard an annual update from the fire department regarding the building project, training protocols and the need for volunteers.