Nags Head residents to save on flood insurance in 2022; commissioners iron out recycling and trash pick-up schedules 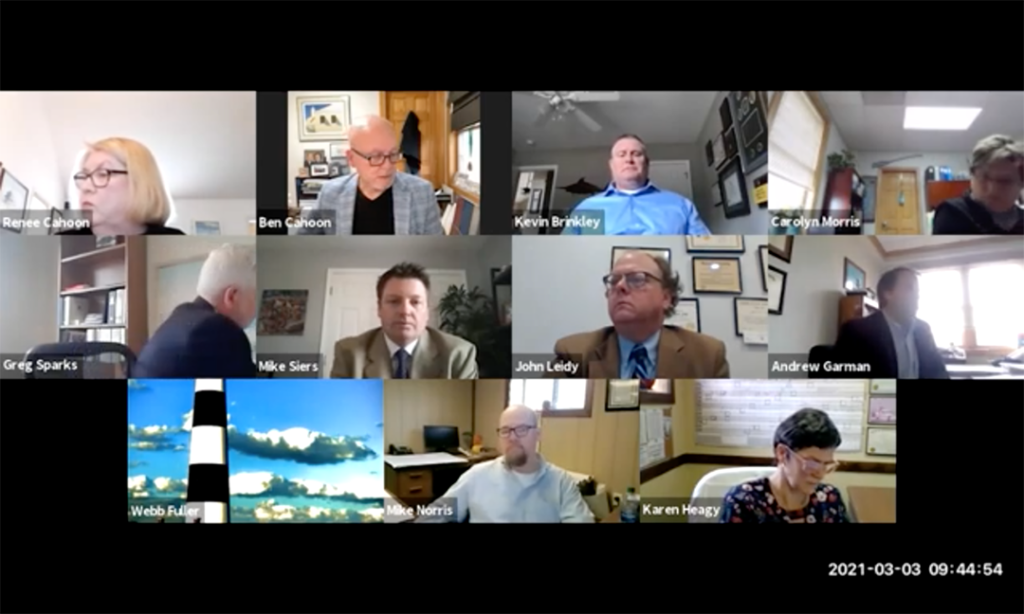 Michael Zehner, Nags Head’s director of planning and development, shared the good news that the town’s community flood rating has decreased from a class six to a class five. They will be joining neighboring communities like Kill Devil Hills and Manteo in this rating, which will result in a savings of over half a million dollars for flood insurance policy holders. Zehner expects these changes to go into effect next year.

Town manager Andrew Garman updated the Board of Commissioners on the town’s ability to develop the property adjacent to Fresh Pond, which is considered an area of environmental concern (AEC). However, Nags Head and Kill Devil Hills no longer utilize Fresh Pond as a drinking water supply, the AEC currently exists only to preserve the Fresh Pond as a future use of the drinking water supply. The board is discussing ways to work through the process, one of which may involve removing the AEC designation.

Next, the board discussed changes to the recycling program. Nags Head is moving to an opt-in curbside service, offering a subsidy to residents to encourage participation. However, with the new service, other issues must be determined such as new trash pick-up schedules and what to do with the current recycling carts. The board approved the following schedule: Monday and Thursday pick up for the Blue Route (historically the “east” route) and Tuesday and Friday pick-up for the Green Route (which includes the Cove). Recycling town-wide will be on Mondays, beginning in May.

The board expressed concern about trash cans being left on the beach road throughout the weekend, especially for rental units in peak season. “I can see a whole lot more trash out there that we’re going to have to be dealing with,” said commissioner Renee Cahoon, who voted against the proposed schedule. “I think we’re letting ourselves in for an awful lot of problems.”

Though the board members approved the new schedule, they realize there will be adjustments and stressed the importance of educating the public about the changes. “If we can maintain [the schedule] over time, the problems might resolve themselves,” said Garman.

What to do with current recycling carts also presented a problem. There are approximately 5500 blue carts in distribution that the town has requested be returned. Most were provided to residents for use for recycling. The remaining 1200 present a different issue because residents paid $80 including tax to purchase the carts. Residents may contact the town and request a refund.

The last item of concern regarding the recycling program is meeting the mandatory number of subscribers. Currently there are 210 subscribers and they need a minimum of 440. The fee is $9 per month, which includes a $5 subsidy from the town. To sign up, visit https://www.nagsheadnc.gov/417/Residential-Recycling.

Next on the agenda, the board approved an additional $50,000 for the repair of the insulation for the Fire Station, which battles excessive heat and humidity. The board previously approved $50,000 but bids for the project were double the expected amount.

The board moved on to a discussion about the allowed size for event-only facilities. The current size is 20,000 square feet and commissioners discussed whether there was an interest in increasing that number to 40,000 square feet.

Finally, the board passed a resolution regarding President Trump’s executive order suspending J-1 work visas, which was extended until March 31,2021. According to the resolution, the order has negatively impacted the Town of Nags Head, resulting in financial business loss, fewer lifeguards, fewer jobs. The resolution to rescind the executive order will be sent to the White House.