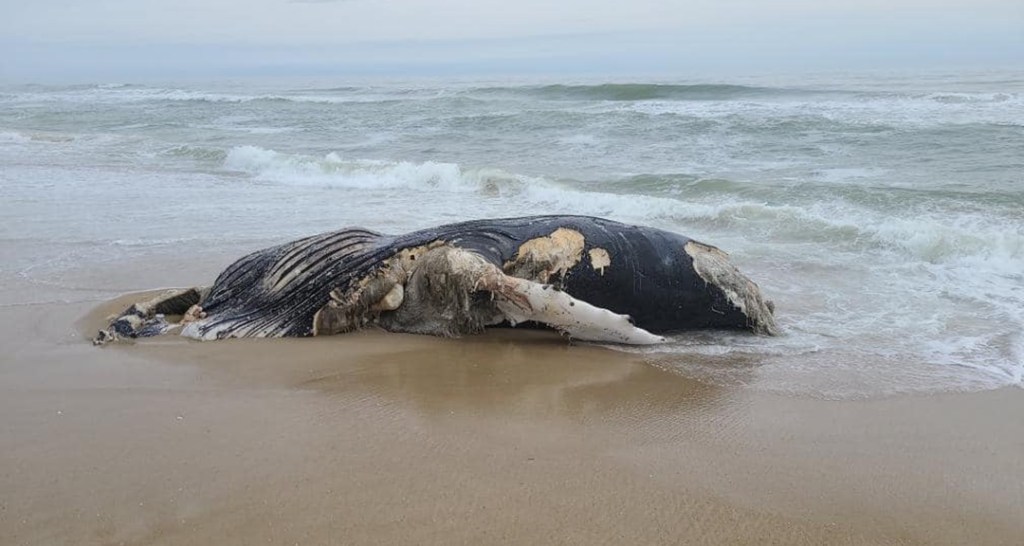 The U.S. Fish and Wildlife Service reported on Thursday afternoon that a dead adult male humpback whale on the beach at Pea Island about a half mile north of Rodanthe. The what is about 18’ in length and is in a state of decay. USFWS also stated there is “some evidence of shark activity (not necessarily the cause of death, that likely happened after).”

“Park and Refuge biologists were able to complete a field assessment, collect tissue samples, and photograph the carcass on site and will report the event to the marine mammal stranding network.

Given its current size and state, we anticipate it will remain on the beach (and stink) for awhile,” the USFWS post continued. “It’s certainly possible as it decomposes more that parts of it separate and wash up on any sections of the beach.

“No need for further reports. Nature will eventually take care of it.”