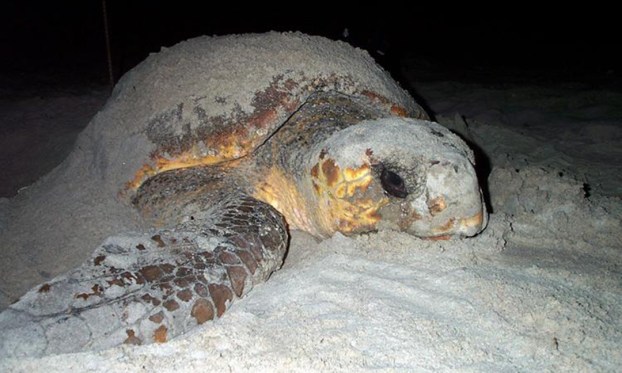 New rules designed to keep endangered and threatened sea turtles from drowning in some inshore shrimp nets are being postponed, and federal regulators are considering whether to expand the rules, officials said Tuesday.

Coronavirus pandemic restrictions over the past year have limited in-person workshops and training opportunities for fishermen to install escape hatches called turtle excluder devices, or TEDs, the National Oceanic and Atmospheric Administration said. Therefore, the new rules announced in 2019 will take effect Aug. 1 instead of on Thursday.

“The delay … is to allow NOAA Fisheries additional time for training fishermen, ensuring TEDs are built and installed properly, and for responding to installation and maintenance problems when the regulations go in effect,” the statement said.

Six species of sea turtles, all of them endangered or threatened, are found in U.S. waters.

The rule requires the devices on skimmer trawls pulled by boats at least 40 feet (12 meters) long.

NOAA Fisheries is reconsidering whether to require the devices on boats shorter than 40 feet long, “and whether additional rulemaking is currently warranted,” the statement said.

The Center for Biological Diversity, an environmental nonprofit, notified NOAA in January that it will sue if the rule isn’t changed.

“I am optimistic that they will do something, but eager to see a commitment on paper to actually commit to taking action, as they did in their 2016 proposal before (former President Donald) Trump reversed it,” the group’s Florida director, Jaclyn Lopez, said in an email.

The earlier proposal would have required TEDs on smaller boats and on boats pulling two other, less common, kinds of shrimp nets.

The devices have been required for decades on the most common shrimp nets — mesh funnels called otter trawls that are generally used offshore. The other three kinds of shrimp trawls are used in shallower water.