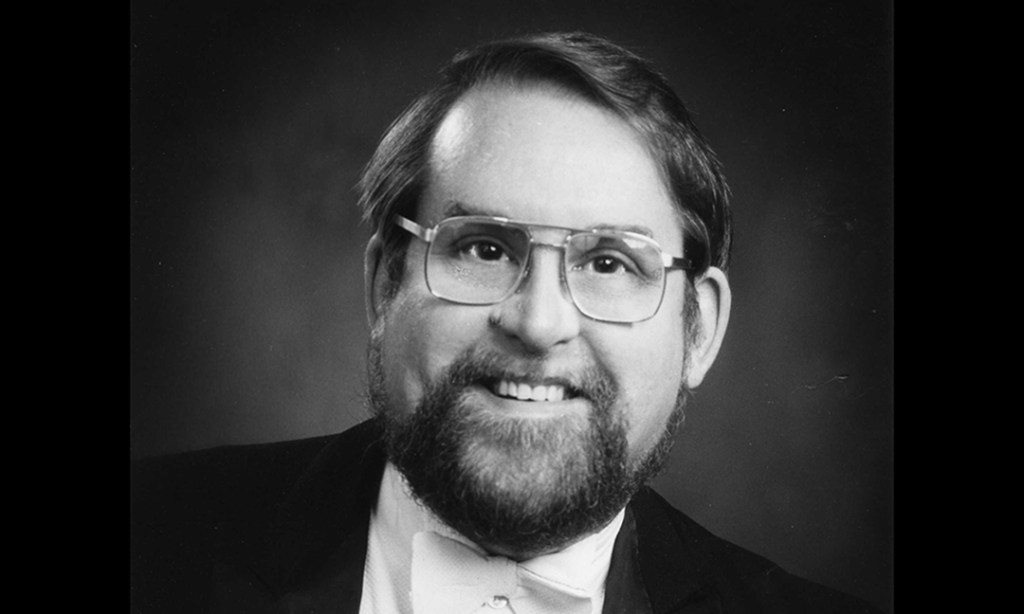 He earned a Bachelor of Music degree from Oberlin College Conservatory of Music, a Reife Preufung Diploma from the Mozarteum Academy in Salzburg, Austria and both Masters and Doctor of Musical Arts degrees from West Virginia University.

Dr. Evans’ university teaching included St. Andrews Presbyterian College, Laurinburg, NC; Texas Christian University, Fort Worth, Texas and the State University of New York College at Fredonia, Fredonia, NY. He was a prolific singer, conductor of numerous choirs and teacher of voice. Among his most significant conducting positions were at Trinity Episcopal Church, Buffalo, NY, his beloved Fredonia College Choir and as the Conductor of the Outer Banks Chorus for many years. He served as a guest conductor for many All-State and Area Music Festivals in Western New York and was a guest adjudicator for numerous Choral and Vocal competitions, including the Met Auditions at East Carolina University, Greenville, NC. A frequent recitalist, performer of opera and soloist with symphony orchestras, he is best known for his roles as Rudolfo in Puccini’s La Boheme, Tamino in Mozart’s Magic Flute and for Handel’s Messiah and Beethoven’s 9th Symphony.

He retired from teaching at SUNY Fredonia in 1999 and retired with his wife, Dorlene, and son, Jeremy, to the Outer Banks of North Carolina. He fully retired from conducting in 2015.

Surviving him are his wife, Dorlene Custer Evans, his daughter, Lydia V. Evans and husband, Brian Walnicki, and his son, Jeremy Nye Evans. He has two grandchildren, Zachary Walnicki and Piper Walnicki. He was predeceased by his parents, and his sister, Mary Evans Stratton.