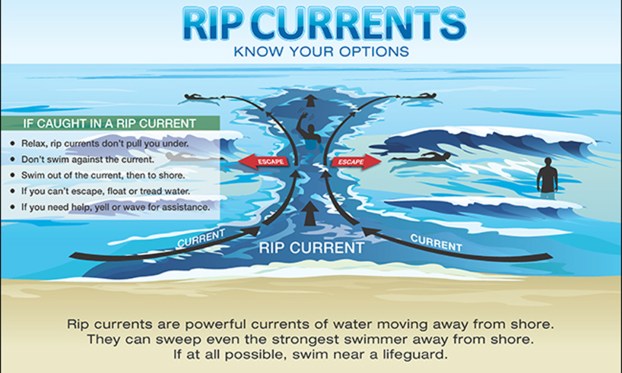 A North Carolina music teacher died Sunday while trying to save two children caught in a rip current, police said.

The Kure Beach Police Department said in a news release that emergency crews were dispatched around 5:45 p.m. after receiving a report of multiple swimmers in distress, with witnesses saying two children were caught in a rip current, news outlets reported.

Police said several bystanders and members of the Kure Beach Fire Department went into the Atlantic Ocean and brought the children to shore. One of the rescuers, Jessica Lea Embry, became distressed as she helped to save the children, according to the news release.

Embry was brought to shore and emergency personnel performed CPR, but Embry was pronounced dead at the scene. Another rescuer was taken to the hospital for observation while others were treated at the scene, officials said.

Embry was a fine arts teacher at Ashley High School and the director of the school’s orchestra. Grief counselors went to the school on Monday to help students and staff.

The Outer Banks Coast Guard Flotilla of the US Coast Guard Auxiliary will be offering a virtual Coast Guard approved... read more