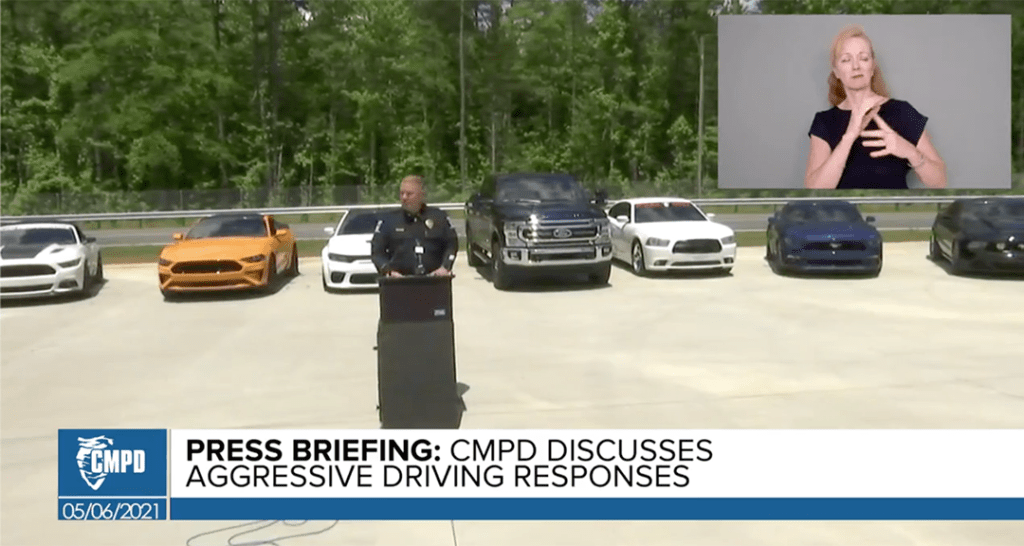 Authorities in North Carolina have charged more than 50 people and seized 60 vehicles as part of a crackdown on illegal street racing.

The Charlotte-Mecklenburg Police Department said the charges and seizures were made Thursday in a multi-agency effort that included the North Carolina Highway Patrol and municipal and county law enforcement agencies throughout the Charlotte area.

Warrants for the charge of prearranged racing were issued following a grand jury indictment naming 54 suspects.

The crackdown was launched last year after Charlotte-Mecklenburg police received several complaints in October about aggressive driving and street racing, particularly around the area of Interstate 485 and Prosperity Church Road.

Authorities said large numbers of vehicles, often numbering into the hundreds, would gather in various locations around Charlotte to engage in high-speed street races.

After identifying the suspects, police worked local prosecutors to obtain an indictment on charges that authorized the seizure of the vehicles involved.

In addition to those charged, police identified many other people and vehicles that were seen either spectating or participating in the illegal races. Officials are sending letters to those individuals warning them of the charges they could face if they continue to engage in such activities.