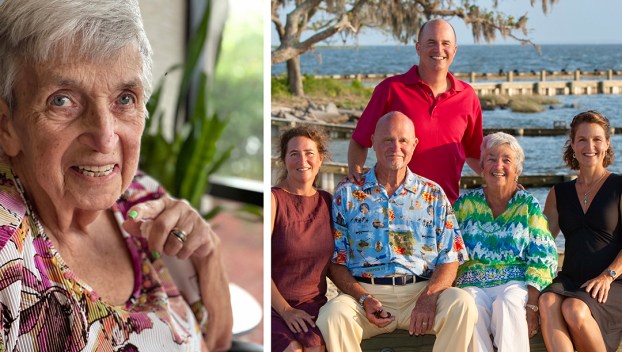 Mary Ann Taubensee was born in Bay Shore on Long Island, New York in 1937 to Emily and George. Mischievous, irreverent, sarcastic and funny, she was a New Yorker at heart who told it like it was, but always, her friend Shirley says, in a kind way. She loved telling stories of riding the train with her father to the Opera in the city. She and her Dad often spent Saturdays reading together – trying to avoid the dreaded Saturday chores. She was very proud that her father was a volunteer fireman and loved responding to calls with her father’s fire station after she became a nurse. She went to Nursing School in Plattsburg NY, where her roommates said she was carefree, fun and accepting. She and her best friend would go to church services of different denominations and discuss. (Later in life, Mom was immediately accepting and encouraging when Lauren chose to convert to Judaism). Mom joked that she had been “set up” on dates with every eligible bachelor in Bay Shore – but they weren’t what she wanted. “Too boring,” she said. Independent and determined, she entered the Navy at 26 years old thinking that if she didn’t find the right guy to marry, she’d have a great family of girlfriends, a rewarding career and travel opportunities. She didn’t worry about complying with every little Navy rule because she figured they needed nurses. With her mischievous grin, she’d say, “What are they gonna do? Kick us out?”

Mom met and fell in love with her husband, my Dad, Ken, on the beach at Little Creek Naval Base in Virginia. He said he was making the Marine Corps a career, and she said YES! They moved every few years, and with each move, Mom adapted with a “glass half full” attitude. During three cross-country moves (with three kids and a dog in a Volkswagen hatchback with no air-conditioning) Mom made sure we explored the national parks. She kept us well fed, warm and happy with lots of car games and workbooks. Mom was a great cook. Lauren did the math one night and figured Mom must have cooked about forty-five thousand meals for her family! She played puzzles with us when we were small and encouraged our creativity. Her laugh was huge and she enjoyed her life. She was fun-loving, kind and devoted to her kids, friends and husband – the love of her life for fifty-six years.

Mom was always quick to help a friend or stranger in need. She’d say, “If you’re bored, go help someone!” And she stuck to that motto. She volunteered for good causes throughout her life, including the Navy Relief Society that helped families in need when we lived on Marine Corps bases, and the Outer Banks Womens’ club and Battered Womens’ Shelter in North Carolina. When my parents retired to the Outer Banks, Mom listened to her police scanner constantly so she could be of help in the event of an emergency. For a couple years, she cared full-time for a paralyzed stroke victim who was almost twice her size. She lovingly read to him, fed and cared for him and was heartbroken when he died. She and his wife became lifelong friends. When she chaperoned field trips for my elementary school, she’d look for any classmate who seemed left out and have me sit with them or hold their hand. She took in ducklings and puppies, and once, we even rescued a seagull with a broken wing. He lived in our bathtub for a couple weeks until his wing healed. We served him chopped up fish tossed into the bath. She’d sit for hours outside on the porch-swing that Dad built watching the birds and just taking it all in. She nurtured our appreciation of nature, silence, art, and play. Never thrilled about cleaning, she’d laugh when she discovered “dust me” written in the dust on a piece of furniture by one of her “darling” children, or when she’d find me as a little kid fast asleep in a pile of clean laundry on the floor, still warm from the dryer.

Mom was mentally tough. She had been in charge of the locked psychiatric ward in Islip, Long Island before joining the Navy. She gave birth to her firstborn, Eric, without any family there to help (Dad was in Vietnam). As an active duty Navy nurse, she was supported by her colleagues who took bets on which shift he’d be born. She liked to joke that she messed with them all by giving birth at the shift change so they all had to stick around and no one “won.” She managed everything for the family during Dad’s four separate year-long tours of duty overseas. She lovingly cared for our father as his health declined from Alzheimer’s disease. She knew that he wasn’t himself in the final years and she loved him unconditionally through it all. She missed him terribly since his death on May 7th, 2020. Her final act of kindness was to share the entire box of Easter Peeps Lauren had given her. She had that glint in her eye until her last week of life. She left this world a better place for having been in it. We will miss her forever. Mary Ann Johnson is survived by her sister, Patricia Vicha, her kids; Eric, Lauren and me, Karin, and five grandchildren who adored her.