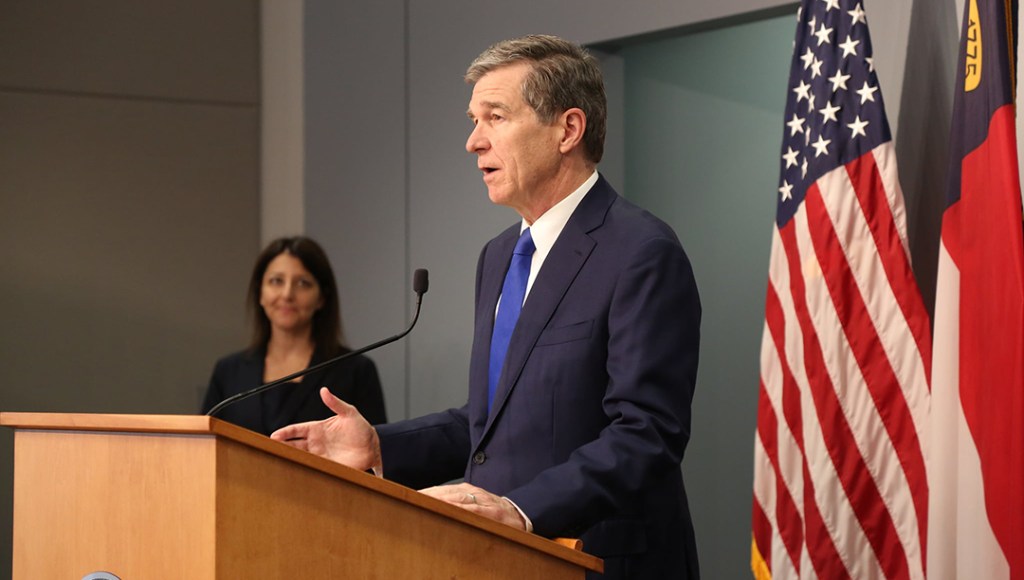 The Democratic governor of the nation’s ninth-largest state announced the lifting of gathering limit requirements 2.5 weeks before June 1 — the date by which he had previously said he wanted to rid the state of social distancing requirements. Restrictions had been scaled back slowly in recent months as statistical trends for the coronavirus in the state stabilized or improved.

“This is a big step forward in living our lives the way they were before the pandemic. That’s good,” Cooper said at a news conference.

Cooper said he was prompted to act now by Thursday’s guidance from the U.S. Centers for Disease Control and Prevention that said fully vaccinated people can stop wearing masks indoors and out in most cases.

The number of daily confirmed cases and COVID-19-related hospitalizations also continue to trend downward in North Carolina. Still, Cooper warned that the virus remains in the state and urged personal responsibility by those who haven’t gotten vaccinated to protect themselves and others.

“While today’s news means that we are even closer to putting this behind us, it doesn’t mean that we’re there yet,” the governor said. “The pandemic is still here, especially for those who are not vaccinated.”

The decision comes just in time for the Carolina Hurricanes to open the Stanley Cup playoffs with more fans. The Hurricanes host the Nashville Predators to open a first-round series on Monday and had been allowing slightly less than 5,000 fans to end the regular season in an arena with a capacity of more than 18,000 for hockey games.

Hurricanes president and general manager Don Waddell said the team is communicating with the National Hockey League about increased capacity amid guidelines tied to airflow. He said that figure could reach around 10,000 to 12,000 unless the team brings in additional equipment.

A mask mandate still remains for places such as K-12 schools, summer camps, health care facilities and prisons, as well as buses, trains and airports, according to Cooper’s order. It doesn’t prevent private businesses and entities, as well as local governments, from still requiring masks or limiting capacity if they choose. Waddell said the team will have a mask mandate at PNC Arena per NHL protocols.

Still, the changes open the doors for many companies and government agencies to bring employees back to in-person work.

People who aren’t vaccinated will still be urged to wear face coverings indoors and around crowds outdoors. The state Department of Health and Human Services will still make social distancing and safety recommendations for all citizens. DHHS Secretary Mandy Cohen, who is vaccinated, said she would continue to wear a mask with her school-age daughters to set a good example, since nearly all children aren’t yet vaccinated.

The mask-mandate repeal in North Carolina hadn’t been expected to happen until June or July, since Cooper had wanted to first get two-thirds of adults at least partially vaccinated. As of Friday, 51% of the adult population had received at least one dose of a vaccination, and the number of weekly vaccinations has fallen precipitously recently.

But the CDC recommendations Thursday made Cooper’s administration reconsider meeting that goal first. The CDC says “it’s just not necessary for people who have been vaccinated to wear masks most of the time,” Cooper said. He ended an outdoor mask mandate two weeks ago.

Nearly 72,000 first-dose vaccinations were administered week before last, an almost 80% decline compared to four weeks earlier. Cohen said her agency is looking at ways incentivize people who aren’t vaccinated to get a shot and praised what some businesses are already doing.

North Carolina health officials have recorded over 989,000 positive cases since the pandemic began, according to state health department data. More than 12,860 people with confirmed cases have died.