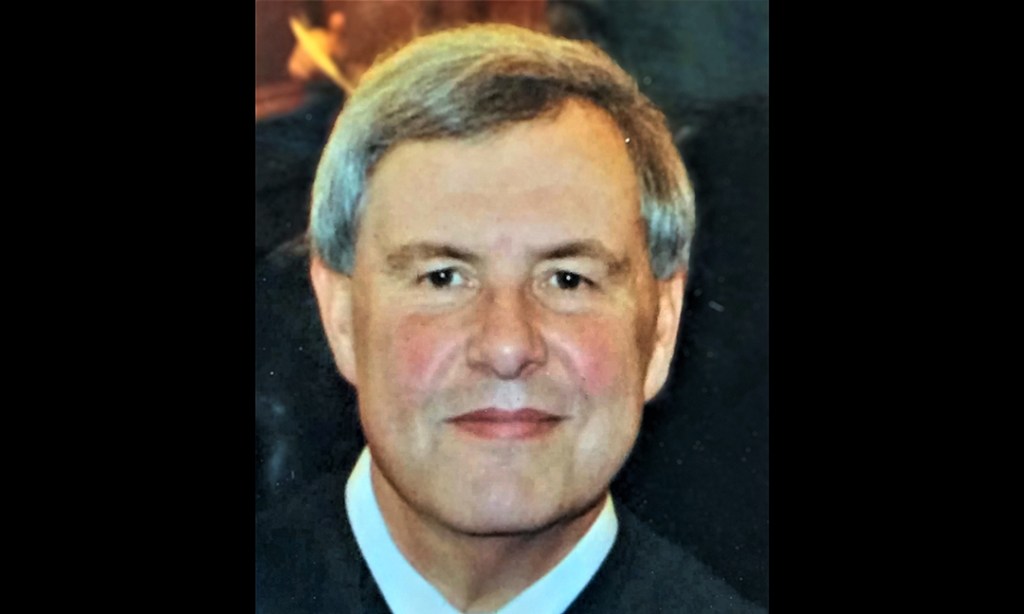 Judge Glen E. Conrad, 71, of Roanoke, Virginia, died on Thursday, May 20, 2021, at his home in Duck, North Carolina, surrounded by family and friends.

Born in Radford, Virginia, he was predeceased by his parents, James E. and Selma G. Conrad. He is survived by his wife of 39 years, Mary Ann Steger Conrad, and their beloved dog, Max.

Judge Conrad received his undergraduate degree from the College of William & Mary in 1971 and his law degree from the College’s Marshall-Wythe School of Law in 1974. During his time at William & Mary, he worked at Colonial Williamsburg and became an honorary member of the Tillotson family. Rex Tillotson introduced him to the rewarding challenges of leadership in administering the Virginia Boys State program, Mary Alice was his “mom away from home,” and the “Tillotson girls” were the only sisters he ever needed.

While at William & Mary, Judge Conrad became better acquainted with his future mentors and colleagues, Judge James C. Turk and Judge Ted Dalton. He proceeded to spend his entire legal career with the United States District Court for the Western District of Virginia. After serving as a probation officer and law clerk, he was appointed as United States Magistrate Judge in 1976. He served in that capacity in the Abingdon, Charlottesville, and Roanoke divisions until 2003, when he was confirmed as United States District Judge, after having been nominated by President George W. Bush. He served as Chief Judge from 2010 to 2017. He assumed senior status in December of 2017 but continued to maintain a full civil caseload.

Throughout his career, Judge Conrad was highly regarded for his kind and patient temperament, keen intelligence, and abiding sense of fairness. He was a teacher and mentor to many young attorneys, including his law clerks and others he met through the Ted Dalton American Inn of Court. He considered his law clerks and other members of “Team Conrad” to be family and held them dear to his heart, bestowing nicknames on many of them and earning a few of his own.

Although his extended court and college family spreads across the country, Judge Conrad remained in touch with each member and often visited them in person or by phone or email. His travels with his beloved Mary Ann also took him all over the world, cruising the rivers of Europe, exploring castles, sampling single malt scotch with lifelong friends, and making new friends along the way. He will be deeply missed by everyone who knew him.

He attended both Grandin Court Baptist Church in Roanoke, and Duck United Methodist in the Outer Banks, considering both places home.

In addition to Mary Ann, he is survived by his friend and caregiver, Brenda VanLear. He also leaves behind two long-time employees, his courtroom deputy, Susan Moody, and his career law clerk, Jennifer Willis.

Special thanks are extended to everyone who visited, called, and wrote Judge Conrad and Mary Ann during his final days. He left knowing that he was dearly loved.