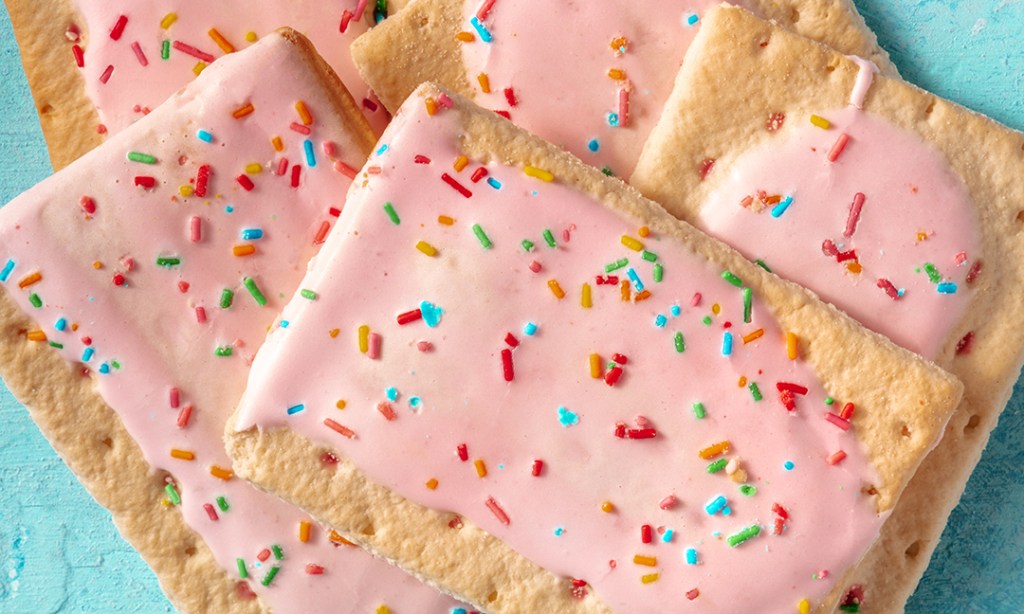 Pop tarts, or toaster pastry, shot from the top on a blue background

A man and a young accomplice stole large quantities of Pop-Tarts, milk cartons and other items from a North Carolina elementary school, authorities said.

Jacob Gherret Hamrick and an unidentified juvenile partner-in-crime — who deputies are calling “Pop-Tart Bandits” — entered through an unsecured door of Blackburn Elementary School in Newton, Capt. Aaron Turk from the Catawba County Sheriff’s Office said in a statement.

Investigators recovered about 90 packages of Pop-Tarts, almost 40 milk cartons and about 40 packages of cheese sticks, among other food items. A pack of crackers that was stolen had already been eaten.

“The motivation for these crimes appears to be opportunity as opposed to a need for food or drink,” Turk said.

Hamrick, 24, and the juvenile also are accused of taking six compound bows used by the school’s archery program.

The 24-year-old Hamrick was arrested on charges of breaking or entering and larceny. He received a $1,000 unsecured bond and had a first court appearance Wednesday, according to Turk. It was not clear if he has an attorney who could comment on his behalf.

The young accomplice’s involvement will be addressed with the Office of Juvenile Justice.