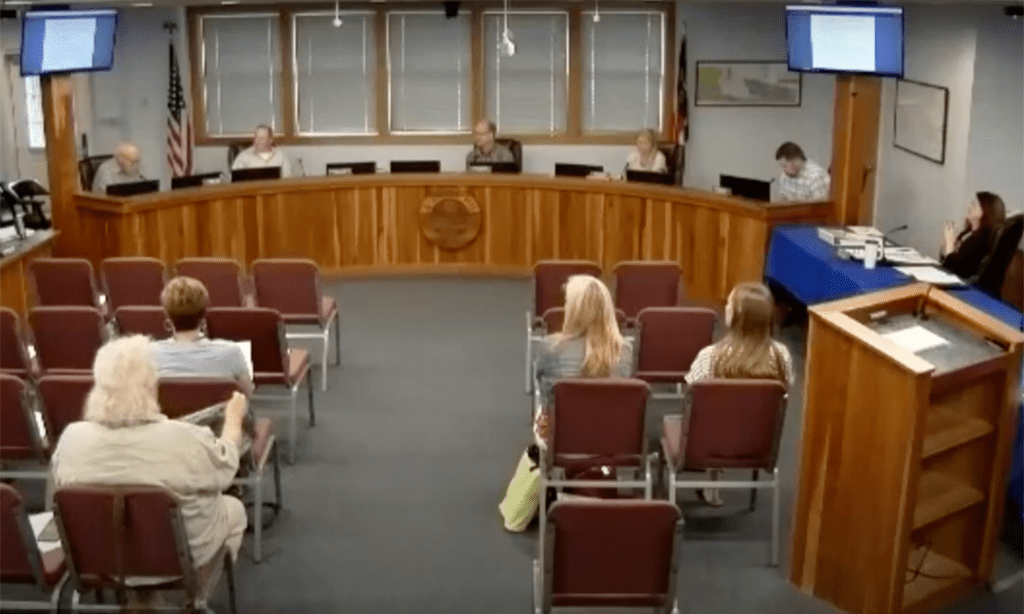 Diaz presented a 103-page budget report, highlighting general budget items and changes as well as division-by-division explanations. “The review and adoption of the annual operating budget is one of the most important policy-making responsibilities of the Mayor and Board of Commissioners,” Diaz wrote in her report overview.

The town-wide tax rate will remain the same at 32 cents per $100 valuation of real property.

At the meeting, Diaz also explained the changed to the town code for the required North Carolina State Statutes 160D, which requires that all local governments come into compliance with the state in areas of zoning, planning and development.

“It’s a crazy time – there are no guarantees – we are just trying to be good stewards of the resources we’ve been given,” Burkhimer said.

Mayor Ben Sproul agreed: “There’s a lot of demand for all that equipment and that affects price. There’s a lot of excitement for Third Street. It’s very efficient that we’re doing it all at the same time. We are stewarding the public’s money in the best way possible.”