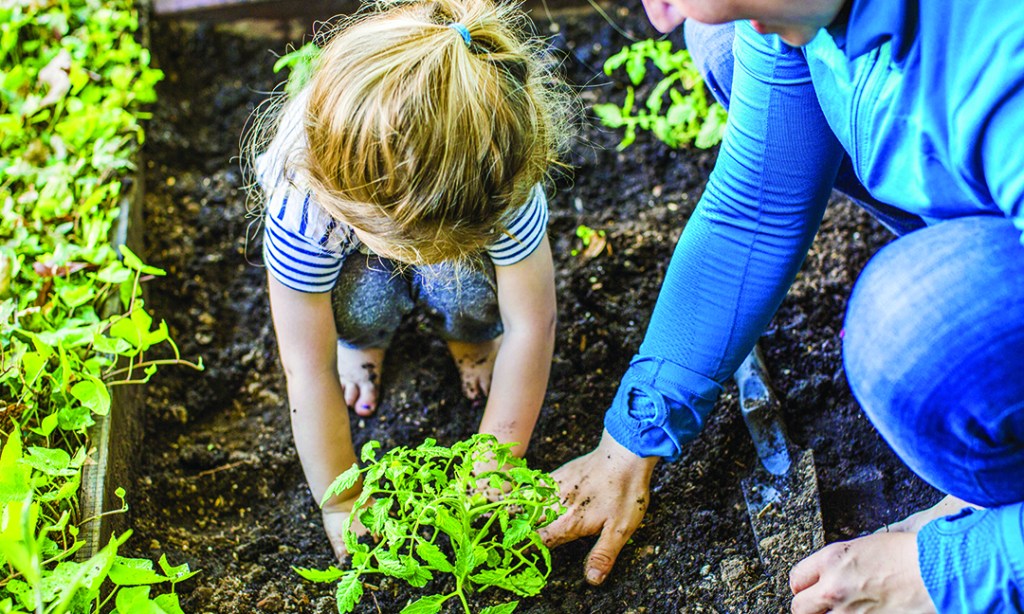 I begin as I did in my last month’s column with a disclaimer. I will not attempt to deliver advice on how to successfully garden. My efforts at this arm wrestle with nature have had varied success. It seems that I have a green thumb on one hand and a brown one on the other — and can’t remember which is which. Also, articles on this topic regularly appear in The Coastland Times written by contributors much more informed than I.

Growing up, we had a large vegetable garden, but I will not start the story there since I viewed my garden chores as my parents’ fiendish attempts to spoil my carefree fun with unwarranted and boring work.

Moving into my first house was my first opportunity to have a yard of any sort, after moving from a mobile home on a small plot of sandy dirt hospitable to nothing but sandspurs. So I started a garden plot for an assortment of vegetables, carrots, radishes, cabbages, eggplants and such, being way too ambitious for a beginner.

My first season the garden was a flop except for my outstanding success at growing hardy weeds.

My soil there wasn’t much better that the sandspur plot from which I’d escaped. I jokingly chided a friend down the drainage slope to his garden near the Tar River that my topsoil had washed down the hill to enrich his garden and I wanted it returned.

So I sent a soil sample to be tested through my local agricultural extension service. My box of dirt received a grade of about a D-. So I added lime to make the pH less acidic, started a compost heap to create more organic matter and soil texture and initiated my war on weeds, with a hoe mostly. I quickly learned why that tool was dubbed a “misery stick.” I was trying to do all this on the cheap, so mostly avoided pesticides and herbicides and thus inadvertently started down the (weedy?) path of “organic gardening.”

My garden began to flourish — with something besides weed varieties. One year, eggplants made it big. I’ve disliked them since childhood — why name a plant for something that comes from a hen’s behind? So, we stopped people passing in the street to give them away.

I was pleased with myself for growing a luxurious rhubarb plant. However, before I even had my first rhubarb and strawberry pie, I managed to dig both it and the strawberry patch up in the winter to make room for planting something else. Those two plants were the only perennials in the garden and I misremembered where they were slumbering awaiting spring.

Other inadvertent adventures included pumpkins that appeared and occupied the garden like an invading army, from seeds thrown in the compost heap. Cramped for space, some of the pumpkin vines started climbing the trees at the edge of the yard. My wife and I — before the internet — searched everywhere for ways to prepare and eat pumpkins. Pumpkin parfait? Why not? The family got pumpkin pies for every holiday, even Valentine’s and Easter.

Dekay’s brown snakes (Storeria dekayi), small and harmless critters, moved into the compost heap. But they became my allies in my confrontation with slugs, my principle garden pest, because, bless their hearts, they eat slugs. My children had the idea, “Can we have them for pets?” “No way, they have a job to do it the garden.”

When the slugs, nonetheless, decimated my cabbage crop, we washed the slugs out of the cabbage heads and down the garbage disposal and cooked and ate the cabbage nonetheless. I never won my war with slugs, but won that battle — and no  prisoners.

So now you see why I’m not coming to you with gardening advice. Yet it was lots of fun and prompts pondering about gardening and our connection with nature.

Michael Pollan has written extensively on this general topic, including a book on gardening, “Second Nature.” (I have written before about his books, for example, “The Omnivores Dilemma.”)

I beg to differ with his notion of gardening as “a second nature.” There is only one of these, something all encompassing.  So where does gardening come into this picture?

I think it does so by trying to crash nature’s party, a complex free-for-all among thousands of competing, diverse species. The gardener shows up somewhat like a referee, to lay down rules and impose order — or a difference order — on what seems an ongoing street fight.

It all started some 10,000 years ago, when our species transitioned from a hunter-gatherer life to experimenting with cultivating grains from native grasses. This went well, and other plants and animals were domesticated, so human populations increased, towns and cities arose, and the incredible phenomenon we call “civilization” eventually came about.

Gardening (and agriculture in general) is put at a strategic disadvantage by nature’s methods. We tend to plant in close rows consisting of one plant variety, potatoes, lettuce or corn and so on, because it makes the work of planting, weeding and such, efficient. This, however, is a Golden Corral Sunday buffet for legions of aphids, potatoes bugs, cutworms, squash bugs, bean beetles — and slugs.

Nature’s planting method is to cast its seeds as far afield as possible, with the aid of wind, bird droppings and other ingenious means. Hence hunter-gatherer societies had to hunt far and wide to gather what nuts, berries and tubers they could find.

In nature, various predator defenses are built in, including the manner in which seeds are dispersed. Nature’s priority is species survival. Human agriculture’s priority is maximizing food production, hence different goals, different methods. The conflict between the gardener and mother nature is likely to have no permanent truce or final victory.