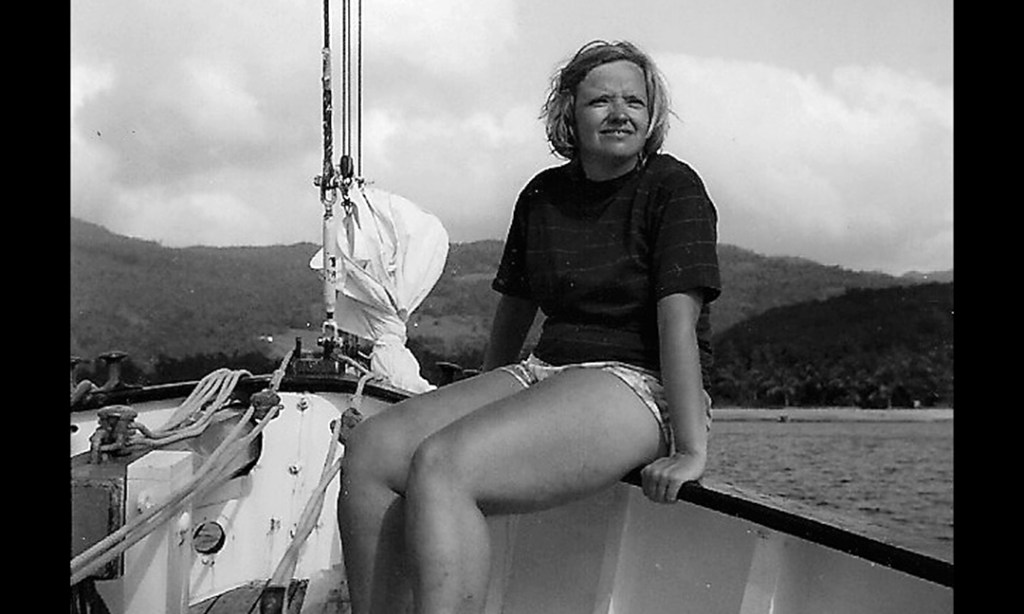 Manteo, NC – On Tuesday morning, July 6, 2021, Helen Christine Baum slipped away calmly and without pain at The Outer Banks Hospital in Nags Head, North Carolina. Helen was one of two remaining progenies carrying forward the Baum name of her grandfather, Judge Washington Franklin Baum and her father, Balfour Jones Baum. Her cousins, also in the direct line of Judge Baum, are of the Love (Wanchese) and Westcott (Manns Harbor) families.

Helen descended from the earliest Baum settlers on Roanoke Island – Abraham and Appolonia Baum, vintners who immigrated from Munich, Germany in 1715 and settled on a Sunny Shores homestead and farmland, now known as Wanchese. Helen was a 9th generation of the family to live on Roanoke Island, some living in Manteo as did her deceased parents, Helen Stroup Baum and Balfour Jones Baum. Her father before his retirement was the District Ranger of the Cape Hatteras National Seashore Park, residing with Helen’s mother and namesake in the restored U.S. Life Saving Service building where her grandfather, Judge Baum, walked the beaches for seven years as a young member of the services protecting passengers of vessels stranded on the treacherous shoals of the Atlantic.

The joy of Helen’s life was The Lost Colony, where she began a life-long love affair in 1948, first as an eight-year-old flower girl to the Queen’s Court and following as a page to the Court when she was 10. Later as an Indian maiden and finally for many years as a chorus member of “the Colony,” her time on stage extended 30 years. She cherished all the friendships she developed through her participation on stage and as a member of the Roanoke Island Historical Association. She was the great-niece of Mabel Evans Jones, the 1921 script writer, actor and producer of the film The Lost Colony, a telling both factual and fictional of the first English to settle on Roanoke Island. Aunt Mabel, an avid naturalist painter, encouraged a young Helen in her painting and later in her photography of local scenes. Helen’s “colony” friends often teased that she was of “Roanoke Royalty.”

As a teen-age basketball guard, Helen was on the winning team over several seasons of Manteo High School. Her parents attended every game played on the home court throughout her high school years. Long an avid fan of North Carolina State basketball, she and her Dad – his alma mater – had many (friendly but loud) arguments about players and coaches, poor choices and “incorrect” moves – they may have been among the original Monday morning quarterback (yes, incorrect sport) commentators.

Helen’s career, fresh out of Greensboro College, began as a speech pathologist in Washington, D.C. with the Head Start Program. Head Start, an educational school readiness service for children and parents, was developed by the John Kennedy administration and Helen was an early instructor in the program. She later moved to a statewide program, Automated Auditory Brainstem Response (AABR), testing hearing and detecting deafness of newborn infants before they leave the hospital. This innovative program brought her great joy and she continued her work with infants and young children across Dare County throughout her career.

After completion of her master’s degree at UNC Greenville, she continued an expanded career, working with stroke patients from Buxton to Southern Shores. From babies’ ears to stroke patients learning to talk once again, she helped endless members of the community across Dare County at both ends of their lives.

Her last public outing before her death was to the Juneteenth Celebration in Manteo. She was an ardent supporter of the Black community in Manteo and in Currituck and she found many friends among them.

Her Lost Colony flower-girl cohort, Mary Blanche Meekins Harwell, said of Helen, “She often did many lovely things for her clients beyond the call of duty. She was there for her friends in time of need. She will be missed. Rest in peace, Helen.”

A celebration of Helen’s life will be held in late July. Memorials should be directed to Roanoke Island Historical Association Foundation.