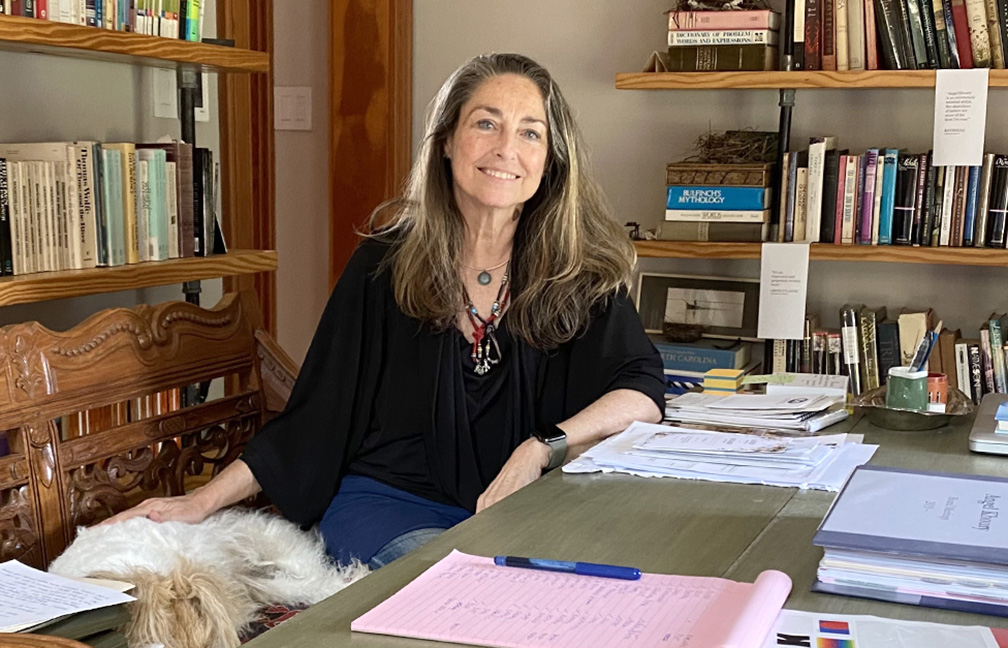 Longtime Outer Banks resident Angel Khoury has always had a way of bringing words to life. From her days as an editor at The Coastland Times to the years she spent as editor and publisher of Outer Banks Magazine to her book Manteo: A Roanoke Island Town, Khoury has been artfully depicting the island she calls home for years. In her latest upcoming release, Between Tides, Khoury characterizes the Outer Banks once again, this time through the eyes of a fictional storyteller bringing a fact-based tale to life.

“I think for people that love to read, sometimes that gets transformed and comes out through writing,” said Khoury as she sat in her naturally lit, bookshelf covered home office during an interview with The Coastland Times. Khoury said her passion for writing sprouted from the seeds of other writers’ works, and the hours she has spent devouring novels and putting together photos and excerpts of the cultivated thoughts of others. For Between Tides, however, the real inspiration behind the words stemmed from a mysterious man she never knew and a woman she met by chance.

In 1999, Khoury was still battling a chronic illness while having spent the prior seven years as the publisher of Outer Banks Magazine. She decided to sell the magazine and focus on freelance work instead. David Stick was asked to write a book in preparation for Manteo’s sentential celebration, but he passed on the offer and instead recruited Khoury to take the job. She agreed.

While researching the history of Manteo, the author came across the records of an intriguing man who had moved from Cape Cod to the Manteo to open up the Hotel Roanoke. There was a rather mysterious string of events involving this individual, as the Elizabeth City papers had included a divorce announcement and, shortly after, a marriage announcement, both involving this man. She took notes on all of this, not for the project, but to suffice her own curiosity.

Khoury held an event at the Outer Bank History Center a little while after, asking individuals to come and bring their photographs to help her identify individuals she had been researching for the project. “A lovely older woman came with photographs,” Khoury said, “and I had recognized the photographs from my own research. She said that was her father.”

At that point, Khoury said she felt like she knew more people inside Manteo Cemetery than outside of it. The interaction made her feel as though she was “talking to a ghost,” and her curiosity was piqued. The man had lived from 1849 to 1924, making it hard for her to believe the woman was his daughter, until the woman reveled her father was 69 when she was born.

Khoury and this woman became close friends. She would tell Khoury stories of her father and shared newspaper clippings that included his work and travels. One story came from New England stating that the man had “disappeared between tides.” The woman shared that she had thought about writing a book on her father, calling it “Between Tides,” but knew she never would. She asked Khoury to write the book instead, fictionalizing her family story and gifting her the title if she would, in fact, take on such a task.

Set in the late 1890s, Between Tides captures the story of a restless man seeking a change from his life in Cape Cod. Told from the first person omniscient point of view of his first wife, the novel intertwines the essence of Cape Cod with the historically rich aura of Cape Hatteras while breathing life into characters inspired by a real family. 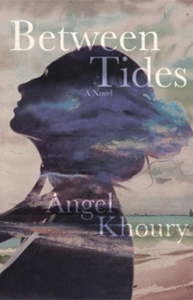 “It was really fun to weave a fictional story – but it’s almost like lace tatting, where there are threads of it that are true, but then there are holes in the threads,” Khoury commented.

The author explained that she has spent years researching aspects of both Cape Cod and the Outer Banks to ensure the book is historically and physically accurate. Those familiar with the areas will encounter portions of the novel taking place on back channels and side roads that exist today, despite going by a different name in some cases.

There are nods to heroic life-saving station rescues, such as the famous Pea Island rescue of the E.S. Newman, which Khoury eloquently fantasizes while pulling from real pieces of history.

Khoury even pours pieces of herself into the story, noting that the novelist Anne Carson once talked about scopophilia, or the love of gazing. “There’s a lot of my idle time just spent looking,” said the author, “and that found its way into the book.”

Receiving rave reviews so far from New York Times bestselling authors such as Ron Rash and Lee Smith, Between Tides has been described as a “literary page-turner,” with writing that is “vivid, and memorable, a delight unto itself, and the characters complex, utterly convincing.”

Between Tides is set to release on August 10. Khoury will be holding book signing events on the following dates:

For more information on the book, the author and events, visit www.angelkhoury.com.