Henri expected to remain ‘well offshore’ of North Carolina, but will bring powerful surf and rip currents to area beaches 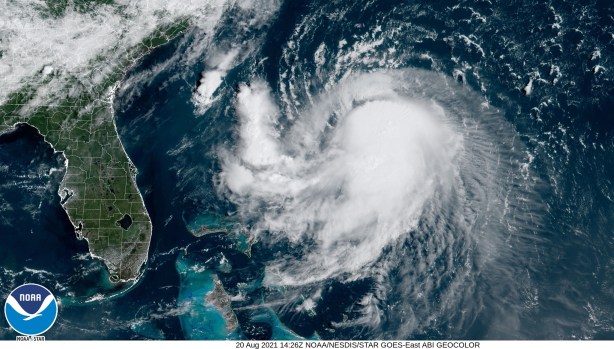 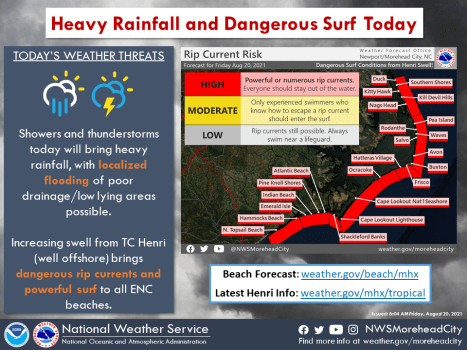 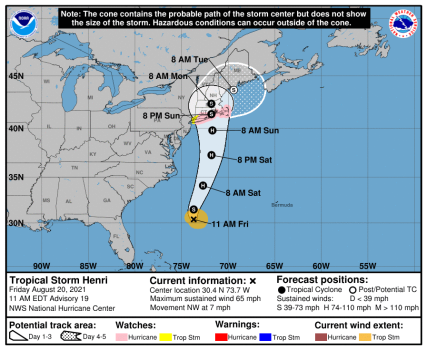 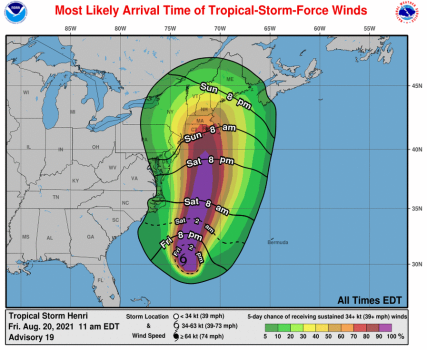 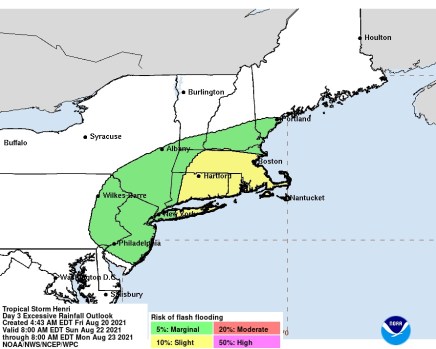 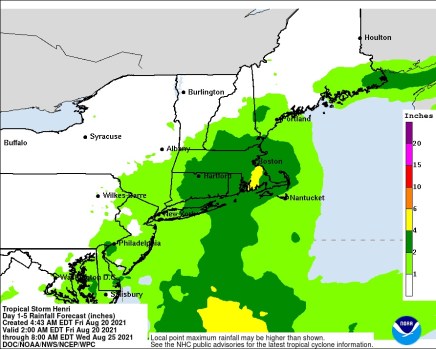 The NOAA National Hurricane Center has reported in its most recent update late morning on Friday, August 20 that Air Force Hurricane Hunters have “find Henri steady in strength.” The update also states that storm surge and hurricane watches are in effect for portions of the northeastern United States.

Swell from Tropical Storm Henri, which the National Weather Service Newport/Morehead City office states is “expected to become a hurricane today while remaining well offshore” continues to build, bringing powerful surf and dangerous rip currents to all area beaches. “It is recommended that you remain out of the ocean through this weekend!” states NWS Newport/Morehead City.

At 11 a.m. EDT, the center of Tropical Storm Henri was located over the Atlantic Ocean about 345 miles (560 km) south-southeast of Cape Hatteras and about 745 miles (1200 km) south of Montauk Point, New York. Henri is moving toward the northwest near 7 mph (11 km/h). A turn toward the north is expected by Friday night and Henri is forecast to accelerate in that direction through early Sunday. On the forecast track, Henri is expected to make landfall in southern New England by late Sunday.

Maximum sustained winds are near 65 mph (100 km/h) with higher gusts. Tropical storm force winds extend outward up to 90 miles (150 km) from the center. The estimated minimum central pressure based on data from the Air Force Hurricane Hunters is 996 mb (29.42 inches). Strengthening is forecast during the next couple of days and Henri is expected to become a hurricane by Saturday and be at or near hurricane strength when it makes landfall in southern New England.

A Storm Surge Watch is in effect for:

– North Shore of Long Island from Kings Point to Montauk

A Hurricane Watch is in effect for:

A Tropical Storm Watch is in effect for:

“The combination of a dangerous storm surge and the tide will cause normally dry areas near the coast to be flooded by rising waters moving inland from the shoreline,” stated the report. “The water could reach the following heights above ground somewhere in the indicated areas if the peak surge occurs at the time of high tide:

“Henri may produce rainfall amounts of 2 to 5 inches over eastern Long Island and southern New England Sunday into Monday, with isolated maximum totals near 8 inches,” stated the report. “Heavy rainfall from Henri will result in flash, urban, and small stream flooding, along with the potential for widespread minor and isolated moderate river flooding.”

The next complete advisory will be issued by the National Hurricane Center at 5 p.m. EDT with an intermediate advisory at 2 p.m. EDT. Visit www.hurricanes.gov for more information.