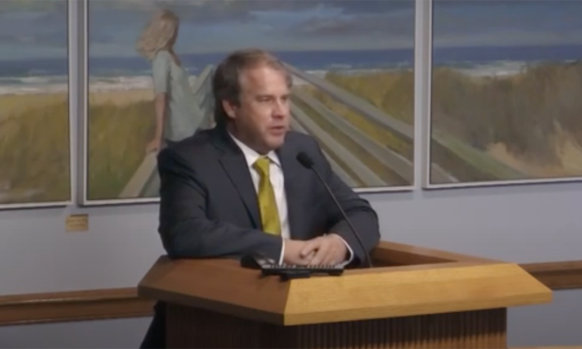 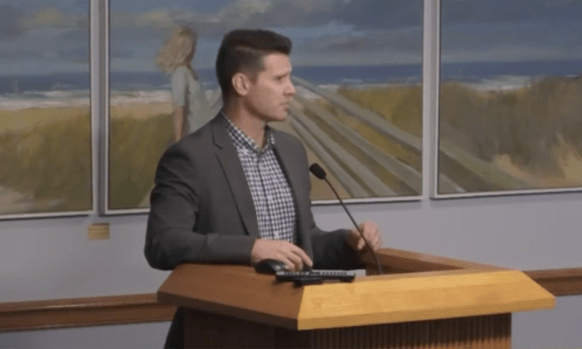 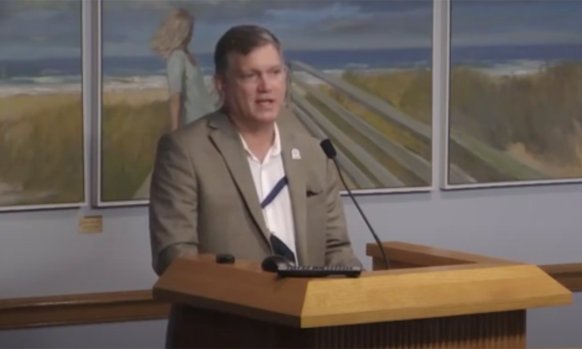 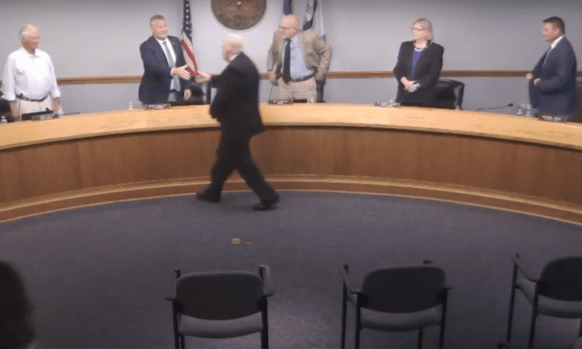 The final resolution passed by the board opposed the environmental budget provisions included in Senate Bill 105 which is the appropriations bill. The resolution stated, that the “tree ordinances would severely diminish or even eliminate the ability of local government to determine what is best for its community and the ability to protect the rights of existing property owners.”

Beyond opposing the content of the bill, Mayor Ben Cahoon said, “I wish we could resolve that the legislators stop sneaking in these things that they can’t get passed in the light of day into budget bills.”

Commissioner Renee Cahoon agreed: “These are policy documents that should have no place in a budget bill. There’s no public input or hearings held on these provisions because they don’t pertain to the budget but they’re included in budget bills.”

In other items, College of The Albemarle (COA) President Jack Bagwell gave a presentation about the status of the Dare County Manteo campus construction project. The state of the art facility offers a seating area, amphitheater, lighted pathways and community spaces with excellent views. Bagwell reviewed some of the many associate degree programs offered by COA, as well as the partnership programs and the Dare Guarantee scholarship program that offers not only tuition assistance but can also aid students in ancillary expenses such as transportation, food and utility expenses.

“We are now able to use some of that Dare Guarantee money to help students stay enrolled. More times than not it’s not tuition dollars that keeps students from being enrolled, it’s something happens along the way,” Bagwell said.

Planning director Michael Zehner presented a text amendment to the Unified Development Ordinance (UDO) about lot coverage associated with recycling dumpsters which commissioners approved, followed by Zehner’s regular report. He discussed phase one of a study to determine improvement options for Whalebone Park including repairing broken equipment, offering better shade and easier access to restrooms and generally, “things that prevent the park from being utilized more.” Repairs are contingent upon receiving a grant.

Newly appointed town manager Andy Garman presented changes to the beach driving ordinance. The major changes are a reduction in speed from 25 mph to 15 mph and additional language that gives the town the authority to close the beach to drivers when they deem necessary, due to erosion or high beachgoer or sunbather population. Commissioners also discussed raising the permit fee from the longtime price of $25 to $30.

Garman also discussed projects planned with grant money requested from the Visitor’s Bureau, including the Epstein bath house, the sidewalk along Bonnet Street between Wrightsville and the beach road and the sidewalk extension on the west side of NC-158 from Morning Dove out to 158.

“It’s absolutely appalling how many people refuse to stop at crosswalks,” said commissioner Cahoon. Claussen agreed, “It’s disheartening especially when you see the local people that are used to where those crosswalks are located to be that impatient.”

Commissioner Webb Fuller asked the questions, “What’s an appropriate speed limit on the beach road today? And do people from Maryland know what a pedestrian crosswalk is?”

The board also discussed the issue of golf carts being driven illegally on the multi-use path and how to address growing concerns such as electric bicycles exceeding the speed limit. Garman stated that updates to the UDO are in order and will be forthcoming.

In other news, the board recognized new employees in the facilities maintenance department Jerry Hvozdovic, Egan Mansfield and Chase Hundley, as well as sanitation equipment operators Edwin Maldonado and Marcelo Mora.

Police Chief Phil Webster recognized Sgt. Gregory South for 15 years of service to the town. South is “one of the outstanding credits to our outstanding police department,” said Mayor Cahoon.