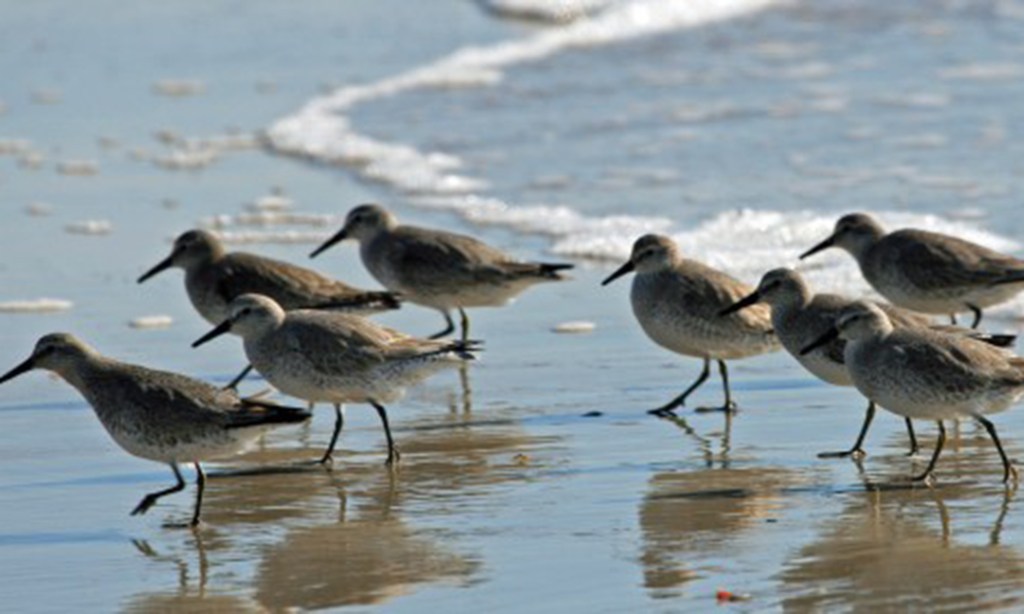 Rufa red knots tend to move in flocks. Vankevich wrote “On May 1, 2020 I did a survey of about four miles of Ocracoke beach and came across several flocks of Red Knots voraciously foraging. I estimated there were one thousand, in addition of lots of Sanderlings and Willets.” Peter Vankevich photo

Dare County Board of Commissioners is opposing the proposed critical habitat designation for the rufa red knot, called “a master of long-distance aviation.”

The commissioners say that the U.S. Fish and Wildlife Service has designated “all habitat instead of critical habitat.”

Included in the designation for North Carolina are beaches of Hatteras Island, Ocracoke Island, all of Bogue Banks oceanfront and Core Banks/Shackleford Banks as critical habitat as well as Topsail Beach in Pender County, Fort Fisher in New Hanover County and Sunset Beach/Bird Island in Brunswick County.

On Sept 7, Dare’s commissioners passed a resolution that states the board is “strongly opposed” to the designation that labels a continuous 150-mile stretch of North Carolina beaches critical habitat for the threatened rufa red knot.

The resolution also calls on the U.S. Fish and Wildlife Service to “revisit the Red Knot Rufa critical habitat designation methodology in a manner resulting in a more fine-tuned designation of important habitats for the Red Knot Rufa rather than broad, indiscriminate continuous stretches of oceanfront shoreline; most notably, a more than 150-mile continuous stretch in North Carolina that includes proposed Unit NC-1, NC-1A and Dare County.” 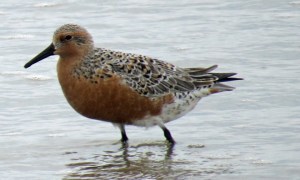 The rufa red knot is captured in breeding plumage as published in the Ocracoke Observer on May 24, 2020. Peter Vankevich photo

The rufa red knot flies back and forth from the extreme south of Tierra del Fuego to the far north of the central Canadian Arctic, a one-way distance of more than 9,300 miles.

Outer Banks beaches serve as a stop-over for the red knot on these spring and winter journeys.

The U.S. Fish and Wildlife Service reports that the rufa red knot was “decimated” in the 1800s by commercial hunting for sport and food. The hunting ended under the Migratory Bird Treaty Act in 1918 and the birds largely recovered. But with coastal development and overharvest of horseshoe crabs, the birds declined by about 75% from the 1980s to 2000s.

A mid-Atlantic management plan for horseshoe crabs was enacted. “Knot populations appear to have stabilized in recent years, though at low levels,” writes the Fish and Wildlife Service.

The Sept. 7 vote was unanimous.