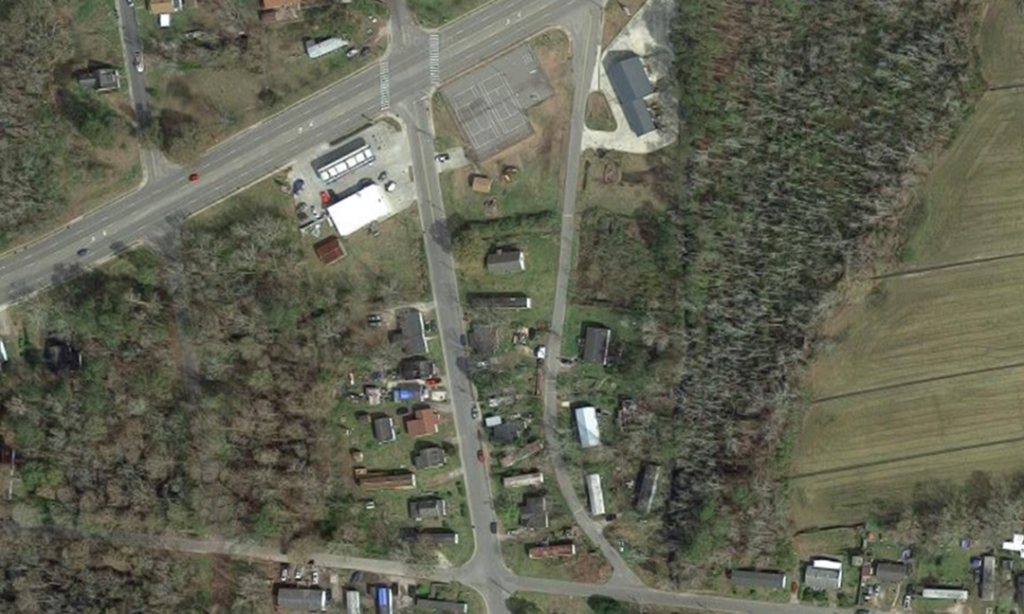 The area of Railroad Ave. in Columbia. Google Maps image

On Thursday, September 30, 2021, a shooting occurred in Columbia.

Law officers were dispatched at 12:30 p.m. to Railroad Avenue, about a block from the Sunoco gas station.

The victim was taken in critical condition to Vidant Hospital in Greenville aboard a Vidant East Care helicopter; his condition as of Friday afternoon was unknown.

The victim was reportedly sitting in the driver’s seat of his car when he was shot, according to the Tyrrell County Sheriff’s Office, which also stated the assailant was on foot.

The alleged shooter has been arrested and is currently being held at the Dare County Detention Center without bond.

Keshawn Spruill, 23, of Columbia, has been charged with three felonies: attempted first degree murder, assault with a deadly weapon with intent to kill inflicting serious injury and firing into an occupied vehicle.

Tyrrell County Sheriff Kevin Sawyer reported that a second shot was not fired and was a rumor.

As a result of the shooting’s proximity to Tyrrell County Schools campuses, all TCS schools were placed on lockdown through the end of the school day as a precaution.

Tyrrell County Schools Superintendent Oliver Holley stated that due to the off-campus incident, some bus routes were restricted and walkers were asked to remain on campus until someone picked them up. Holley expressed thanks to all TCS staff members for helping ensure the safety and safe transport of all students.