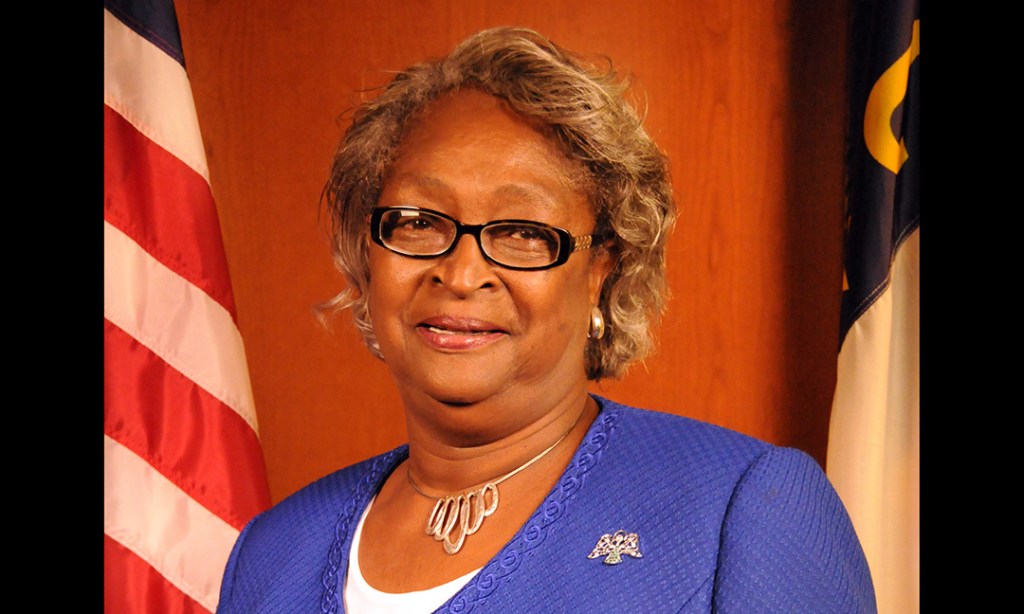 Virginia Simmons Tillett served Dare County as an elected official for 32 years. She served 20 years on the Dare County Board of Education and a dozen years as a Dare County Commissioner. File photo

For over 30 years, she served Dare County, its citizens and children in elected office, first on the Dare County Board of Education for 20 years and the Board of Commissioners for a dozen years.

“Miss Virginia touched my life in a memorable way, as she did so many others in our community,” said Robert L. Woodard, current Dare County Board of Commissioners chairman.  “She was a sweet woman who cherished her family and loved Dare County in a special way. She will long be remembered for the passionate way she promoted education and for the life-changing impact she has had on generations of students and so many others in Dare County. The Dare County Board of Commissioners fondly remembers with gratitude Miss Virginia’s life of dedicated service to our community.”

Tillett served on innumerable committees, working with citizens to create the Dare County Center and bringing to light the Freedmen’s Colony. She attended the pivotal 2006 Fessenden Center meeting that launched the New Horizons program, a pilot study for delivering substance use treatment services in a rural area.

She was a professional educator. From 1965 to 1974 she worked with Roanoke Island Head Start program. Then she went to work for the Dare County Library.

“Rest in Peace Mrs. Virginia, your work on earth is done. We will miss you greatly, your hard work to help others on the Bookmobile, the Dare County School Board, the Dare County Board of Commissioners, the Dare Board of Elections and so many committees but most of all we will miss your smile and your laughter,” wrote Burrus, who served with Tillett on the school board and as commissioner.

Tillett influenced many in Dare County through her work at the Dare campus of College of The Albemarle. She held the positions of assistant dean and coordinator of the Continuing Education and Workforce Development Program, where she developed programs on welding, shipbuilding and automotive repair. She retired in 2006. In 2010, as commissioner, she attended the opening of the new Professional Arts Building for the college.

Lynne Bunch was president of College of The Albemarle during Tillett’s tenure at the community college’s Dare campus. Bunch writes: “Virginia’s love for Dare County and her relationships within the County were instrumental to the growth of College of The Albemarle’s Dare County Campus. She will always be remembered for supporting educational opportunities at all levels for the citizens of Dare.”

Jack Bagwell is the current president of College of The Albemarle and forwarded this statement: “The COA family was saddened to learn of the passing of Virginia Tillett. The excellent work the college has done through the years has been accomplished through the efforts of people like Virginia. We work to help our students transform their tomorrows. Virginia was a champion of this mission. Countless lives have been touched and transformed because of the work she did for COA. She will be missed but her legacy lives on.” 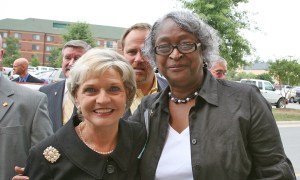 For 20 years, she continued her love of education by serving on the Dare County Board of Education. During her tenure, she served as chairman and vice chairman, the first woman and first person of color to serve in those positions.

Leon Holleman, superintendent during a portion of Tillett’s terms on the Dare County Board of Education, provided these remembrances:

“Virginia Tillett will always hold a special place in my heart. Her accomplishments were many and varied. From Bookmobile lady on Hatteras Island to County Commissioner, she was always devoted to all of Dare County. The only thing she loved more was her family.

“I first met Ms. Virginia when I came to Dare County in 1992. At that time, she was serving as Chair of the Board of Education. In that role, she had many passions. She insisted that decisions be made to benefit all students from Kitty Hawk to Hatteras. In addition, she was adamant that all personnel, including the principals, assistant principals, teachers, assistants, food service workers, custodians, and bus drivers, in the schools were to be valued. At the Central Office, Ms. Virginia ferociously upheld the vision that all children were to come first no matter what.

“Ms. Virginia Tillett’s leadership made the Dare County School System the envy of every county in the state. Her presence and contributions were felt at the state level through her associations with the North Carolina School Board Association and the North Carolina State Department of Public Instruction.

“On a personal level, I was fortunate to travel to many meetings with Ms. Virginia and will always treasure the time spent in her company. She once complimented me by saying that ‘you are one of the few people with whom I feel safe driving across bridges.’ She was like a second mother to me and I never believed that it was a coincidence that she and my mother shared the same birthday.

“After retirement, I would stop by her house and chat. I would sit with her on the porch and listen to her wisdom as she told stories about Dare County. If there was a Mount Rushmore in Dare County, Ms. Virginia Tillett’s face should be featured for her many contributions for betterment of the community.”

Gene Gallelli, assistant superintendent during Tillett’s tenure on the Dare County Board of Education, shared:

“On the personal level, Virginia was extremely family oriented and spoke often with affection and pride of her family members and their many accomplishments.

“As a member and Chair of the Dare County Board of Education, her unwavering love and dedication to Dare County’s children, their educational, facility, and social needs stand out in my memories.

“I’m proud to have known Virginia, and having a good-natured laugh with her. I will miss her dearly.”

In 2002, Tillett was elected to the Board of Commissioners from District 1, which includes Roanoke Island and the mainland portion of Dare County.

Among her many projects was the Dare County Center on Roanoke Island, which was opened in 2009. The multi-generational facility provides programming for all ages. During her time as commissioner, Dare County built First Flight High School, which opened in 2004.

Tillett continued to serve Dare County. She was appointed to the Board of Elections and sworn in Monday, April 2, 2018, serving in the post until her February 1, 2020 resignation.

“Losing Virginia is losing an important part of Dare County,” writes Sandy Semans Ross. “I served with her on the board of elections until she stepped down in 2019 and she was my mentor. She will be sadly missed in many circles.”

Ross also remembers Gov. Jim Hunt in the 1970s appointed her to the Marine Fisheries Commission. She was the first black person to be appointed that commission.

She served in other statewide organizations such as director of the North Carolina Association of County Commissioners.

In 2006, she was honored by the Governor of North Carolina Michael Easley with the prestigious Order of the Long Leaf Pine Award. That same year she received the Citizen of the Year Award from the Outer Banks Chamber of Commerce.

In 2015, she was honored as Dare County Citizen of the Year.

Most recently, Tillett was recognized for her extraordinary accomplishments and dedication to service and leadership by the North Carolina Black Alliance, which presented her with a 2021 TrailBlazer Award at its virtual summit on April 23, 2021.

Tillett was a member of Haven Creek Baptist Church.

She was the daughter of the late Earlene Simmons and Seward Simmons. She was married to the late William “Snooks” Tillett and had two sons, Johnny Tillett of Raleigh and Michael Tillett of Manteo.

Current TV released the following video in May 2021 highlighting Tillett’s accomplishments and contributions: