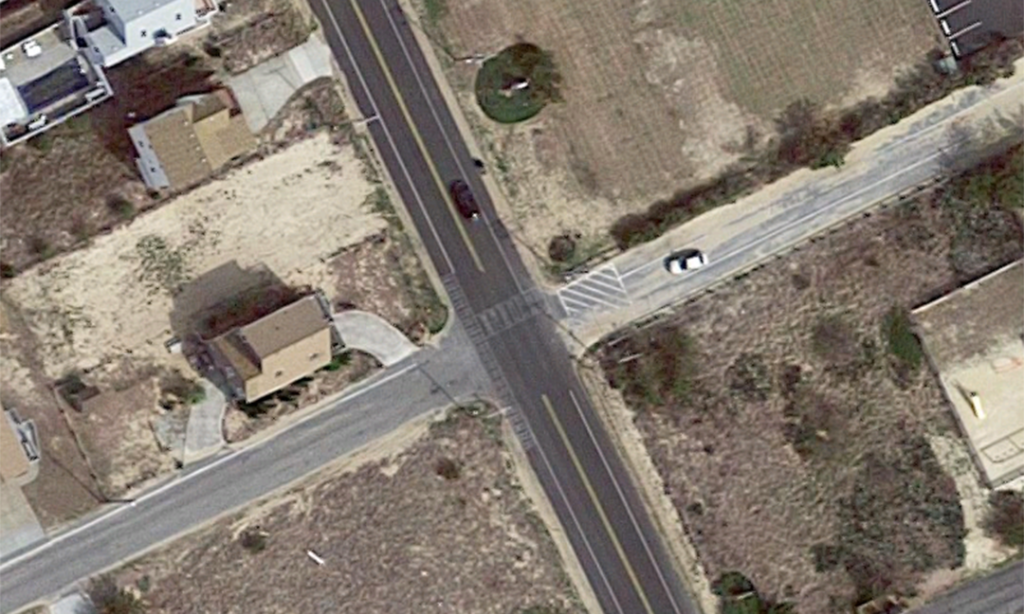 The area of the intersection of NC 12 and First Street in Kill Devil Hills. Google Maps image

The Kill Devil Hills Police Department has reported a fatality Sunday night on the Beach Road.

“At the same time, a 36-year-old male was lying in the northbound travel lane of NC 12 north of First Street and north of the crosswalk,” stated the release. “There is overhead street lighting in the area.”

Roadway evidence and statements obtained at the scene indicate both vehicles were traveling at the posted speed limit of 35 miles per hour, according to the release. “As the Scion approached the intersection, the driver noticed an object laying in the roadway, which turned out to be the man lying in the roadway, and swerved in time to avoid him,” the release stated. “The BMW driver, approaching from the same direction, was unable to maneuver to miss the victim in time.”

The man in the roadway reportedly suffered injuries to his right leg and the front of his head and was pronounced deceased at The Outer Banks Hospital.

“Alcohol was not a factor for either driver. The investigation is continuing,” stated the release. “The victim has been identified, however notification of next of kin is incomplete and his information is being withheld for the time being.”

The Kill Devil Hills Police Department requests that anyone who might have been a witness or who has relevant information to contact Det. Mike Sudduth at 252-449-5350.