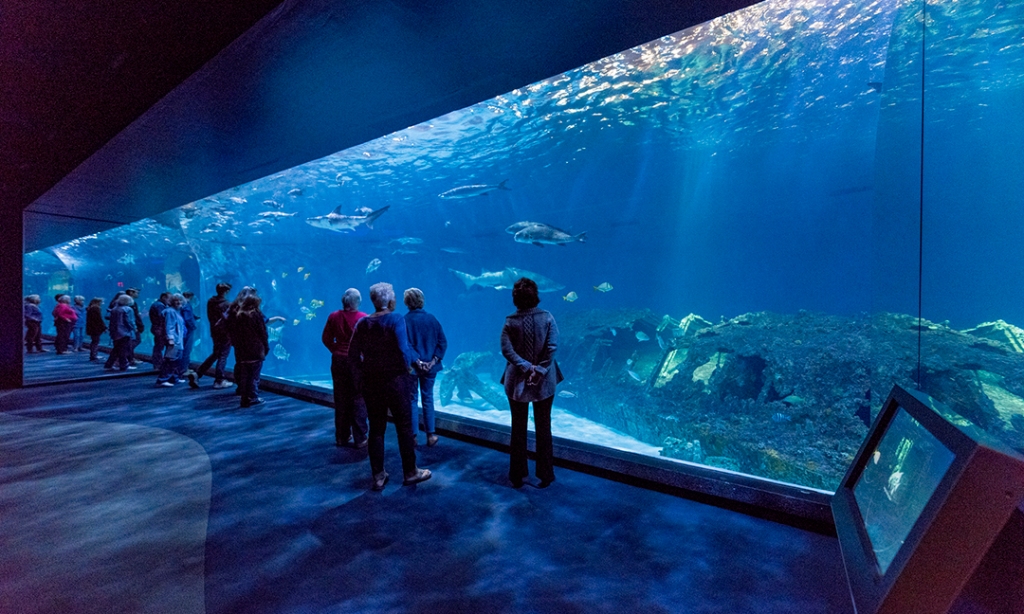 Thanks to an unexpected “Giving Tuesday” gift of $50,000 from the Duke Energy Foundation, the North Carolina Aquarium on Roanoke Island was able to complete a planned recoating of the aquarium’s saltwater mixing basins more quickly than expected.

While it might not be common knowledge, many aquariums must mix – or “create” – salt water to maintain optimum water quality for their marine environments – even those that sit on the edge of the ocean or a sound, like the aquarium on Roanoke Island. Mixing salt, which is specially formulated for use in aquariums, along with filtered fresh water, offers significant benefits for animal health and well-being, according to a press release from NCARI.

At the Roanoke Island aquarium, the specialized salt and fresh water are mixed in large 10,000-gallon saltwater mixing basins that have extensive plumbing systems designed to help mix the salt water and distribute it to the various marine exhibits throughout the aquarium. “Although it is often laborious, it is a ‘labor of love’ by the dedicated husbandry staff that meticulously ensure the quality of the salt water is ideal for all the aquarium’s marine inhabitants,” stated the release.

NCARI’s saltwater mixing basins have recently been showing signs of needing a recoat and, while it was on the list of improvements to happen, other necessary infrastructure repairs and upgrades were ahead of it in priority. 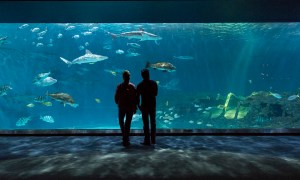 The donation made in November 2020 by the Duke Energy Foundation, the corporate foundation for Duke Energy and Piedmont Natural Gas looking for opportunities to assist high-impact nonprofits enjoyed by guests from across North Carolina, which led to a call to the North Carolina Aquarium on Roanoke Island. The grant allowed the aquarium to move forward with the recoating of the saltwater mixing basins.

“It’s rare that a donation is made without specific requirements to the use of the funding and the donor lets the nonprofit decide how funds can best be used,” said Larry Warner, aquarium director. “We were so grateful to the Duke Energy Foundation for surprising us with this donation, that will allow us to continue providing beautiful and healthy habitats.”

Recoating the salt pits was no little task. Before work could begin, unique, temporary plumbing re-routes had to be set up to accommodate this process. “An outside vendor worked tirelessly for almost four weeks to pressure wash decades of old salt deposits, stripping the walls down to bare concrete,” stated the release. “They then resurfaced and recoated all the walls with fresh coatings to help support continued excellence in water conditions for another 20 years and beyond!”

“North Carolina is home to many natural resources and ecological treasures, thoughtfully featured by the North Carolina Aquarium on Roanoke Island,” said Katherine Neebe, Duke Energy’s chief sustainability officer and president, Duke Energy Foundation. “Protecting and enhancing the biodiversity of our state is a focus of the Duke Energy Foundation. We are proud to support the aquarium’s good work as they continue the critically important saltwater animal care project.”