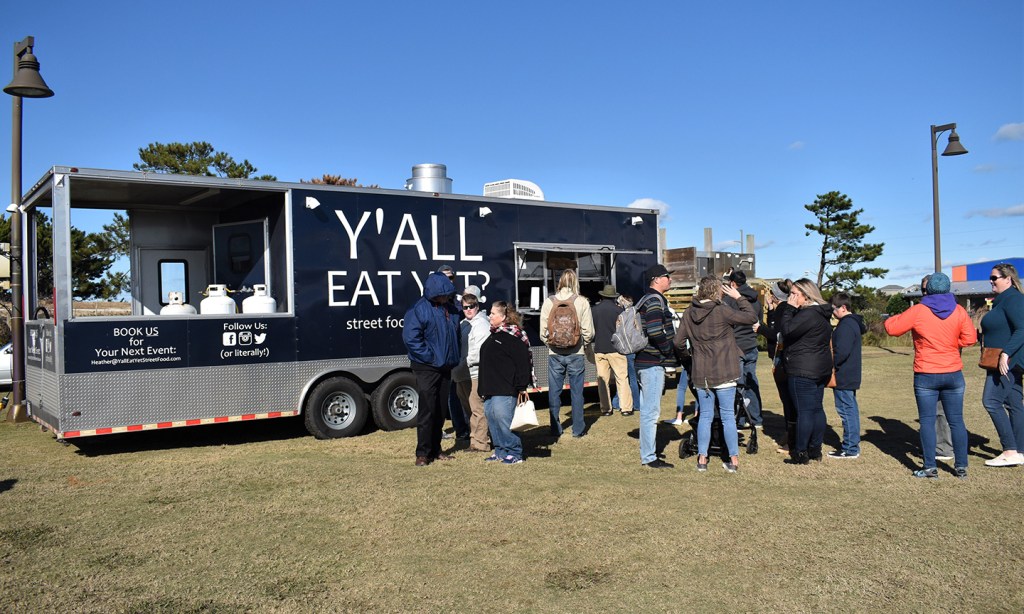 The board unanimously adopted flexible buffering standards for the Travel Trailer Park and Campground Ordinance. Buffering around a campground can now be vegetation or six-foot high fencing of solid wood or composite material. Previously, the standard only permitted vegetation. This change drew no commenters.

On the second hearing, two food truck owners supported the change to allow food truck courts with up to five food trucks.

Commissioner Ervin Bateman asked “is five too many?”

Joe Thompson, founder of Koru Village, responded that the number was arbitrary, but also noted that a food court needs variety. Thompson proposed both changes.

The board adopted the changes to the zoning ordinance for the unincorporated portions of the county and stated the amendments are consistent with the Dare County Land Use Plan.

Liza Yowell and Amanda Lotas spoke about Agenda 21, signed in 1992 at the end of a United Nations Conference on Environment and Development in Rio de Janerio, Brazil. President George H.W. Bush signed the document along with leaders of 177 other nations. It is a non-binding document.

Proclamation 12-02-05, adopted Feb. 20, 2012, the Dare County’s Board of Commissioners “recognizes the destructive and insidious nature of United Nations Agenda 21 and does hereby expose to the public and public policy makers the dangerous intent of the plan and urges communities to reject the radical policies and destructive ‘sustainable development’ strategies of United Nations Agenda 21.”

Lotas asked the commissioners to revisit that proclamation and to declare Dare County a “sanctuary county opposing government overreach.”

Melanie Brewer brought the county’s Board of Education masking policy to the commissioners.

She asked the commissioners to “overrule mandates.” She pleaded “please stop this. Allow parents to choose.” She supported the request for a county of sanctuary.

– Reappointed Jason Brian Heilig and Roberta Midgett to the Rodanthe-Waves-Salvo Community Building Board,

– Appointed to the Dare County Tourism Board councilman David Hines from Kitty Hawk and Dennis Robinson from Hatteras for the at-large Hatteras seat; and reappointed commissioner Ervin Bateman and Tim Cafferty as an at-large member.