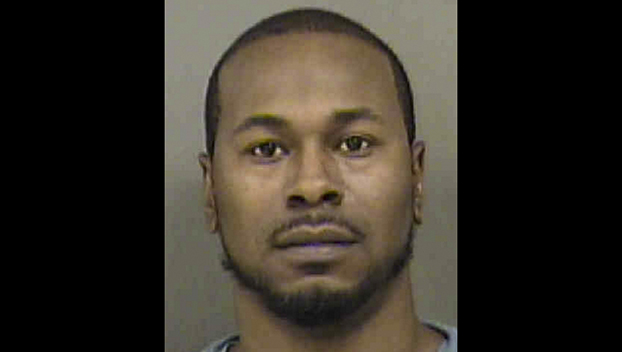 According to District Attorney Seth Edwards, Reams and Gibbs died on June 1, 2017 after buying what they thought was cocaine. Experts testified that the drug that killed them was actually heroin with fentanyl. Testimony in the trial indicated that Gibbs contacted Tiffany Webber, who is also charged with murder, and asked Webber for cocaine.

“Webber contacted Anderson who told Webber he did not have cocaine. Webber and Anderson continued to communicate throughout the night by telephone and texts, until Anderson told Webber to meet him at a local drug hangout in Engelhard,” stated a press release from the District Attorney’s Office. “At that time, Webber gave Anderson $100 which came from Gibbs, and Anderson gave Webber the heroin.”

The release stated that Webber was a heroin addict who “knew the drug was heroin and not cocaine, despite the fact the powder was white and chunky. Webber had purchased heroin from Anderson for her own personal use on 3 occasions that night prior to obtaining the heroin that ultimately killed Reams and Gibbs. Neither Anderson nor Webber informed the victims that the drug was actually heroin and not cocaine. Reams, just 16, and Gibbs, 23, were found dead in Gibbs’ kitchen by Gibbs’ sister later in the day.”

Co-defendant Webber pleaded guilty to two counts of second degree murder in 2018 and testified for the state against Anderson. Webber has not yet been sentenced. Both Anderson and Webber have been incarcerated since June of 2017.

“By their verdicts the Hyde County jurors agreed that the dealer should be held accountable,” said Edwards, who stressed there is some responsibility on the victims, even though they ingested heroin thinking it was cocaine. “Unfortunately for Sarah and Ryan, they paid for that decision with their lives,” he said. “Webber is accountable as well, and she will receive her just punishment.”

“This incident occurred just as the Opioid Crisis was taking hold. Toxicologist Justin Brower with the NC Office of the Chief Medical Examiner testified that in 2017, he saw some of the traditional heroin made from the poppy plant, but we began to see the manufactured heroin mixed with fentanyl. Brower said in 2017 heroin users may be unsure of what they were using,” stated the release. “In 2021, Brower said that ‘heroin’ is almost exclusively fentanyl and the users know it. Brower stated that fentanyl is 50-100 times stronger than morphine.”