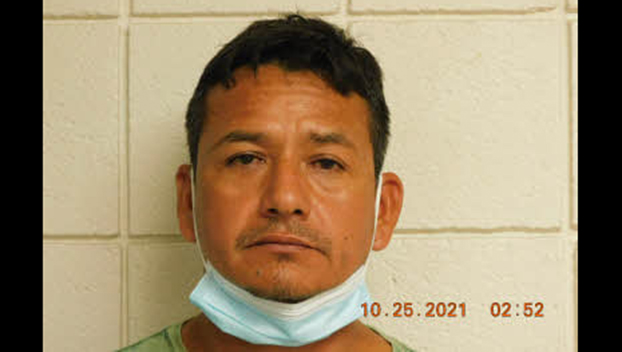 A North Carolina man has been arrested in a fatal shooting that stemmed from an argument, a sheriff’s office said Monday.

The Duplin County Sheriff’s Office said in a news release that deputies responded to a location in the Mount Olive area late Sunday night. The news release said Juan Manuel Martinez Nava and Oscar Ruben Zamudio Rivera were involved in an argument that turned physical, during which time a gun that Nava was holding went off and struck Rivera in the head, killing him.

The sheriff’s office said Nava provided investigators with a statement that corroborated what witnessed told deputies at the scene. Nava was charged with an open count of murder and is jailed without bond. It’s not known whether he has an attorney.