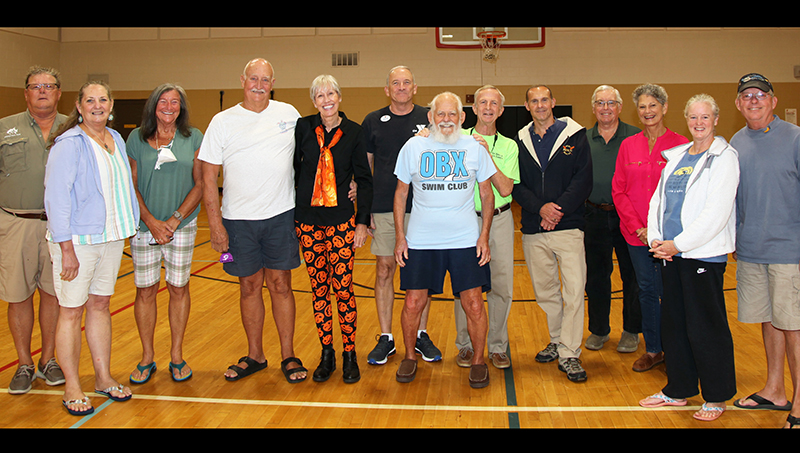 Dare County senior swimmers celebrated another major victory last Thursday when the results of the 2021 Senior Games were reported by officials in Raleigh. A group of 19 athletes led by “recruiter” Harry Schiffman scored 338 points – more than double the next closest group, Greater Greensboro, which had 154.

It took tenacity and endurance, but this crew from the sandbar now know as “the OBX” prevailed in a big way. These senior swimmers practiced to improve their times day in and day out.

“Y’all all did a great job, you really did!” Schiffman said. “And thank you to the YMCA!”

A dozen or so of the swimmers watched the news unfold during a Raleigh-based video conference viewed in the gym at the Outer Banks Family YMCA, the “home” pool for this group of competitors ranging from their 50s to 90s. 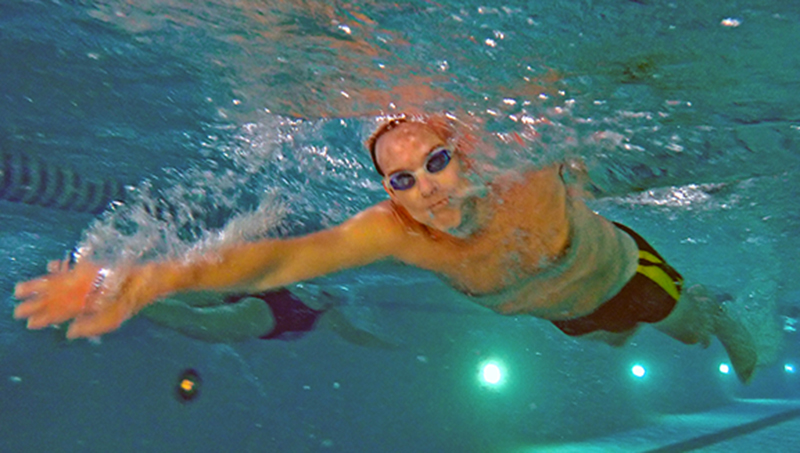 John Wallace of Kill Devil Hills powers through yet another lap of freestyle in the pool at the Outer Banks Family YMCA in Nags Head last Friday morning. Daryl Law photo

It’s the second year running that Dare County had taken the overall first place during seasons that were each conducted virtually. Swimmers first competed to qualify in the spring and then raced against the clock during designated sessions in the past month when timers and certain pool officials were on hand.

Dare County is one of 51 groups from across the Tar Heel state that competed in the North Carolina Senior Games, a nonprofit organization dedicated to providing year-round health promotion and education for adults 50 years of age and better.

And one of those folks with the most “better” is Charlie Erwin. When his victories were announced, the crowd went wild – he won seven firsts in the 90 to 94 age group!

Kathleen Morgan and her husband K.E. sounded the cow bell and someone said: “You had it in the bag Charlie!”

There were also some other big winners – Robert Trivette with six firsts and some blistering times.

“Go Jack!” she said and the bell sounded.

For all of the final results, go to https://www.ncseniorgames.org/results-records-sf. 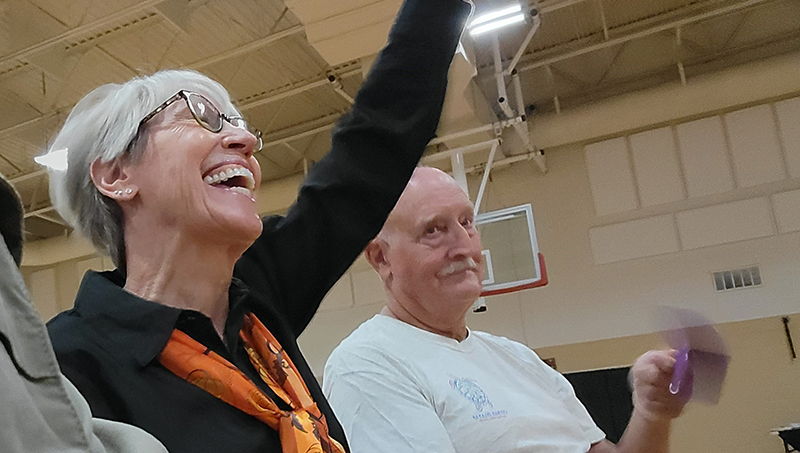 Kathleen and K. E. Morgan were leading the cheers as Dare County swimmers found out how they did in the Senior Games. The Morgans swim laps at the Outer Banks Family YMCA most every morning. Daryl Law photo