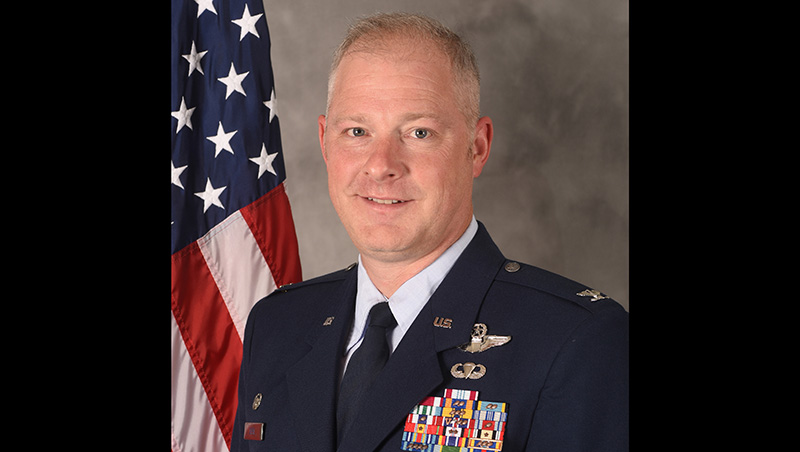 The son of Jim and Candy Southern of Corolla, Diehl is a 1995 Manteo High School graduate. He earned a Bachelor of Science in biology at the U.S. Air Force Academy, Colorado Springs, Colo., with a commission as a distinguished graduate in 1999 followed by a 2006 Masters in Business Administration at the University of South Dakota in Vermillion, S.D.

An experienced pilot, Diehl has more than 2,500 flight hours including more than 600 combat hours throughout his Air Force career in the T-37 Tweet, T-38 Talon and B-1B Lancer with ratings as command pilot and basic parachutist. He transitioned to Whiteman AFB from Dyess Air Force Base, Texas, where he commanded the 7th Operations Group.

During his Air Force career, Diehl rose from second lieutenant to first lieutenant in 2001, made captain in 2003, major in 2008 and lieutenant colonel in May 2014. He earned the rank of colonel on March 1, 2019 and has been awarded Legion of Merit, Meritorious Service Medal with oak leaf cluster, Aerial Achievement Medal with two oak leaf clusters and the Air Force Institute of Technology Mervin E. Gross Award.

As commander of the 509th Bomb Wing, Diehl is responsible for the combat readiness of the Air Force’s only B-2 base, including development and employment of the B-2s combat capability as part of Air Force Global Strike Command.