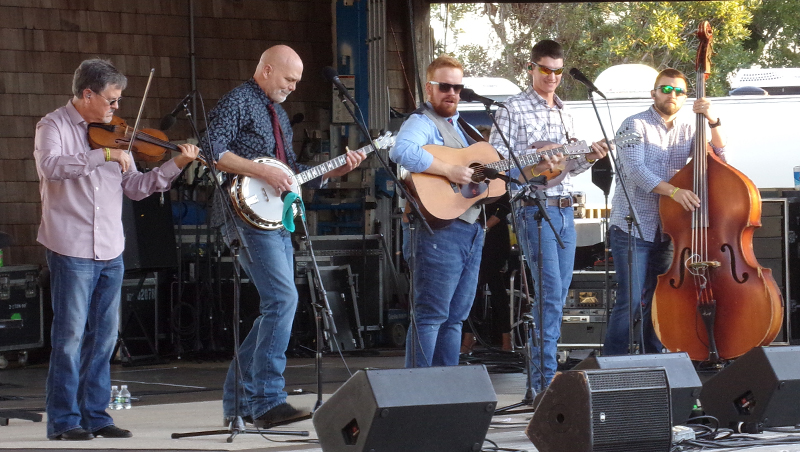 The much-anticipated Bluegrass Island Festival returned to the Outer Banks in October, featuring a dozen performances and entertaining thousands of fans.

The festival kicked off with a free concert Thursday night, October 21 by the event’s host band, Sideline, outside the Bluegrass Island Trading Company in downtown Manteo. Friday and Saturday, October 22 and 23 offered a full line-up of bands at Roanoke Island Festival Park.

Backline opened Friday, followed by Amanda Cook, Sideline and Mayberry Moments with The Dilliards. At dark, Rhonda Vincent & The Rage performed, followed by Scythian at 9:30 p.m. and a late night jam session with Sideline behind the Tranquil House Inn, where fans were encouraged to bring their own instruments.

This year marked the 10th festival, after being rescheduled twice due to COVID. Though 400 ticket holders opted for a raincheck for next year, there were 2300 attendees Friday and 1700 Saturday. “It was awesome,” said event organizer Cory Hemilright, who also owns the Bluegrass Island Trading Company. “It couldn’t have been any better.”

About 20 vendors set up booths and sold food, drinks, crafts and art. This year’s festival offered a few new elements like a cornhole tournament with prizes provided by vendors, bingo night facilitated by Sideline, costume and pumpkin carving contest and a pre-festival cruise on the Crystal Dawn.

Bluegrass music is distinctly acoustic, without drums, with an emphasis on stringed instruments and vocals. Introduced to the banjo by his grandfather, Hemilright has spent over a decade sharing his love for this style of music with Outer Bankers. “We had about 3,000 people that first year,” he recalled. “Bluegrass wasn’t a big thing out here. We’re seeing locals discover bluegrass and they are like, ‘Wow I do like it.’”

The festival features a variety of styles throughout the weekend. “I try to mix it up, from one performance to the next,” said Hemilright. “I look for bands that put on a show. There’s a difference – I’m not just looking for someone to play their music, but bands that are good with a crowd, that will engage the audience.”

One of the weekend’s favorites, Scythian, isn’t traditional bluegrass at all, but Irish. “They were very good, very high energy,” said Denver resident Sherry Glynn. She and her husband Bill Jacobs and their daughter Clare met up together at the festival. “We’re making a weekend out of it,” she said.

According to long-time volunteer Debbi Evans, the 10th festival has seen “lots of out-of-town people, lots of first timers here.” The atmosphere of the Bluegrass Island Festival is unique, and draws great people. Evans recalls, “There was a group of teachers here from New Jersey, they asked what time they could come back in the morning to set their chairs back out. We said, ‘You leave your chairs.’ And they said, ‘All night? And nobody takes them?’ We laugh about that.”

Hemilright agreed: “It’s a fun, laid back crowed. In the 10 years we’ve done this, we have never had any issues, never had to call the police.” The atmosphere of the festival is relaxed. Wristbands are issued for ticket holders, who can come and go throughout the day. Some opt to stay all day, buying meals and snacks from the food trucks, while others stroll through the Town of Manteo to see the sights and visit the shops.

Fans are already looking forward to next year. The 2022 lineup is already planned and VIP seating is close to sold out. Bands include We Banjo 3, Steep Canyon Rangers, festival host band Sideline, and of course, fan favorite Rhonda Vincent and The Rage. “It wouldn’t be the Outer Banks Bluegrass Festival without [Rhonda Vincent]. People love her,” said Hemilright.

Early bird pricing for next year is available for $85 until January 1, after which prices will go up to $110. Single day passes are available for $55 and VIP and backstage pass options available. Details can be found online at www.bluegrassisland.com. 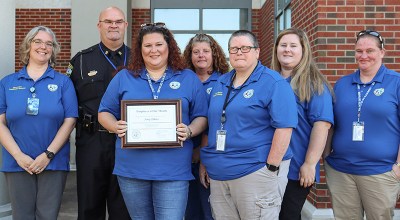 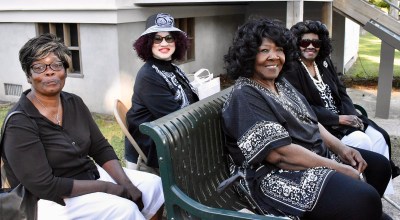 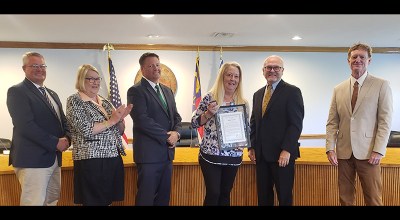 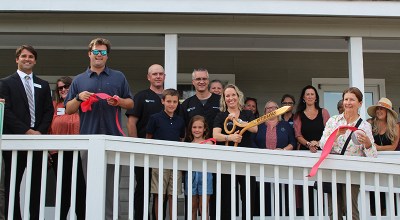