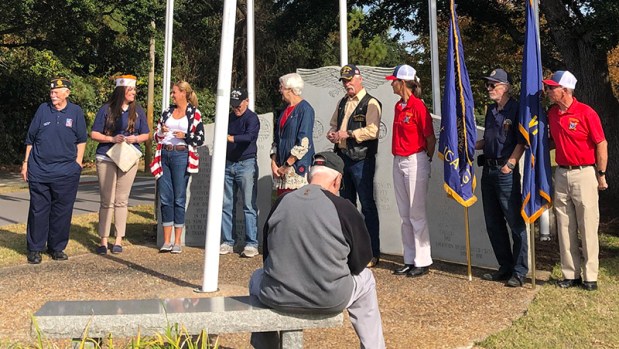 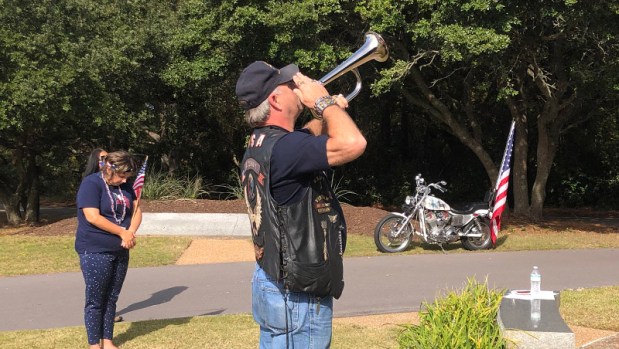 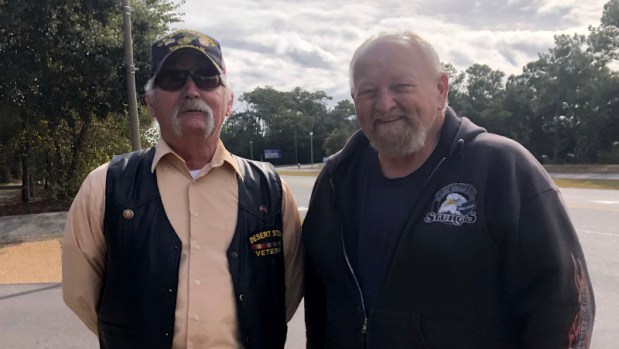 Members of the American Legion and Veterans of Foreign War gathered on Veterans Day to honor those who have served our nation. The ceremony was held at Memorial Circle, where the American flag stands in front of flags representing the Navy, Army, Air Force, Coast Guard, Marine Corps and one flag honoring Prisoners of War (POW) and those Missing in Action (MIA).

Hampton “Hambone” Wolfe played a moving rendition of “Taps” on his trumpet as those in attendance remembered the sacrifice of many. Surrounding the crowd in Memorial Circle are long cement slabs engraved with the names of Dare County veterans.

Veterans were invited to pick up a letter that children in the county had written to them. After the ceremony, community members stayed and exchanged stories of military service and family history among each other. Harmon encouraged all veterans to attend American Legion meetings the fourth Tuesday of each month (except December) at 302 E Lake Drive in Kill Devil Hills.