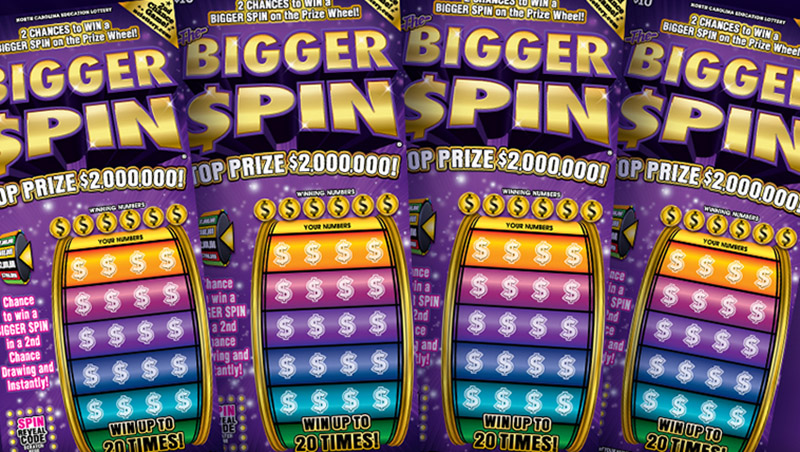 In a unique game from the North Carolina Education Lottery called the Bigger Spin, a Greensboro retiree spun a giant prize wheel Wednesday at a live event and won $900,000 and a Durham cook, taking her turn, landed on a $400,000 prize.

The two North Carolinians got their chance to take a turn at the prize wheel as part of the $10 Bigger Spin game. They arrived at the Bigger Spin Live set Wednesday guaranteed to take home at least $400,000. Then, they stood center stage during the event to take their spin for $2 million, a prize four times bigger than the one offered two years ago in the Big Spin game, according to a press release from NC Education Lottery.

First at the wheel was retired U.S. Postal Service supervisor Truman Caddell. His good luck started when he purchased his Bigger Spin scratch-off ticket from the SP Food Mart on Lawndale Drive in Greensboro during a late-night grocery run.

“I love the game,” said Caddell, a Vietnam War vet who served from 1970-71. “It’s interesting and it’s fun. Out of all the tickets I play, I get excited about this ticket. I’ve been praising the Lord. Hallelujah!”

After waiting some long, nerve-racking seconds for the oversized prize wheel to stop, Caddell was happy to land on a $900,000 prize.

“I feel so blessed,” Caddell said. “My eyes were on the $2 million. I didn’t know how many times the $2 million was on there. After the first time, I was like, ‘I would be happy with anything.’ It was just an exciting moment. That wheel is exciting.”

After required state and federal tax withholdings, Caddell took home $637,015. He said he first plans to donate 10 percent of his winnings to his church, after that, he will pay off the mortgage on his condo and perhaps buy a new house. 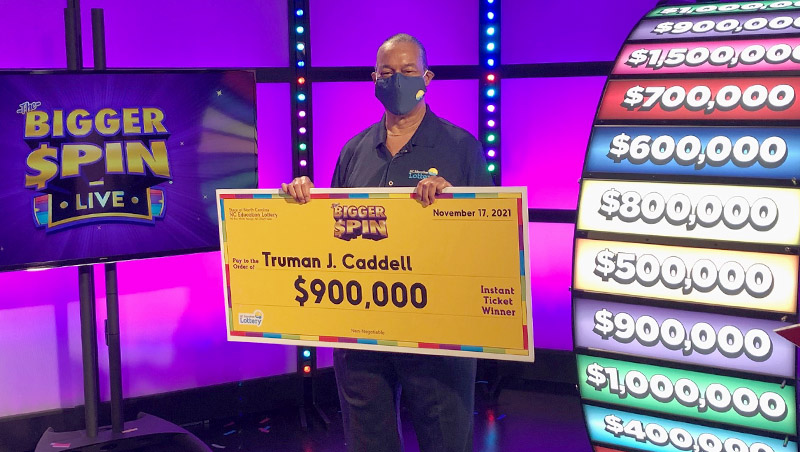 Seima Garcia, a Durham cook, stepped up to the giant prize wheel next. She took a deep breath and gave the wheel a hard spin.

When the wheel finally landed on $400,000, her emotions ran high. “Excited, super excited,” said Garcia afterward. “My mom is going to freak out.”

Garcia got her chance at the wheel with a lucky ticket she purchased from the Wellons Village Family Fare on North Miami Boulevard in Durham. After required state and federal tax withholdings, she took home $283,265.

Not only will Garcia’s win afford her the opportunity to return to school, but she is thankful that her daughter can follow down the same path. “I have a sense of peace that my daughter can go to school too,” she said. 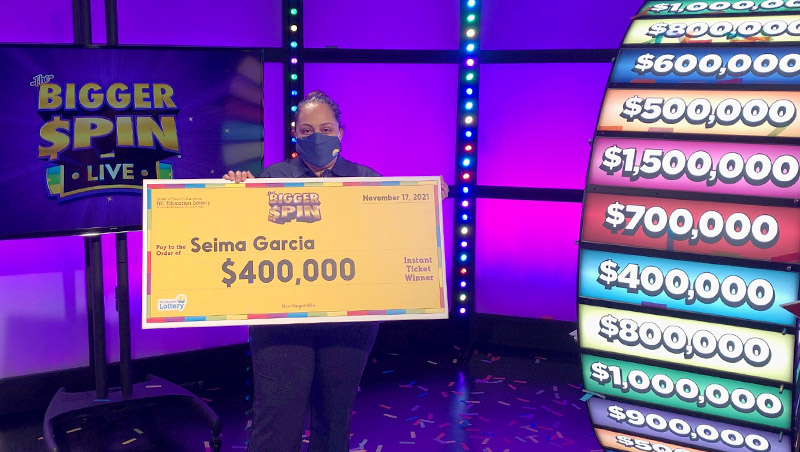 The Bigger Spin scratch-off, which launched in September, is a lottery game with multiple ways to win. Players can scratch and reveal a “spin prize,” then visit ncbiggerspin.com to spin an interactive digital wheel. Their digital spin can win them either a cash prize or a chance to participate in the live event and spin for up to $2 million.

Three Bigger Spin Live events remain to be won instantly on the scratch-off ticket and a fourth in a second-chance drawing.