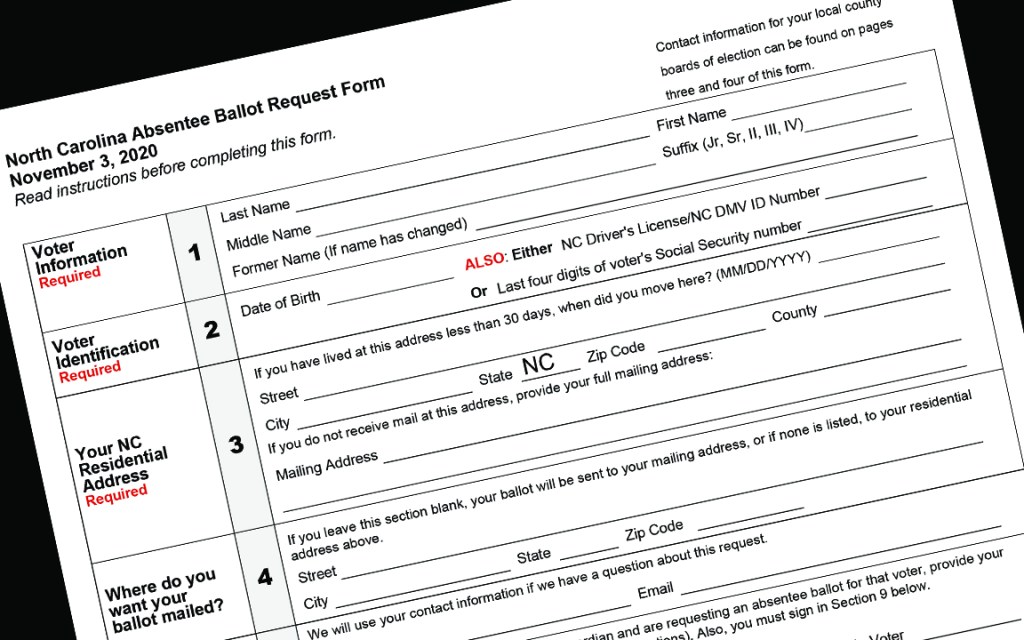 North Carolina Republicans pushed a bill through the legislature on Thursday that would prohibit officials from counting mail-in absentee ballots received after Election Day. Gov. Roy Cooper is likely to veto the proposal, which fellow Democrats and allies say reinforces a nationwide narrative by the GOP based on unfounded allegations of widespread voter fraud.

Republicans contend the measure, along with an elections funding bill the House also approved along party lines, is designed to rebuild voter trust that has eroded in recent years.

Current law — in place for more than a decade — allows ballot envelopes postmarked by the day of the election to count if received within a three-day grace period. Republicans remain angry that a legal settlement extended the period to nine days during the November 2020 election because of postal delays and the pandemic.

Under the new measure, which passed the Senate in June, ballots would have to be turned in to county election workers by 7:30 p.m. on the day of a general or primary election, whether through the mail or in person. Republicans say the wait for absentee ballots to trickle in delays results that the public wants. The measure doesn’t apply to military or overseas absentee ballots.

About 30 states already don’t accept absentee ballots received after Election Day. But Democrats said the measure makes it almost impossible for those who are weighing their election decisions in the final days of a campaign to be assured their mailed ballot will count.

“Some folks may not make up their minds until Election Day,” said Rep. Kelly Alexander Jr., a Mecklenburg County Democrat, before the bill passed 62-48. “I urge you to seriously not tamper with something that’s not broken.”

More than 11,600 ballots received during the first three days after Election Day last year were lawfully counted, according to the State Board of Elections. More than 5.5 million North Carolina voters cast ballots for the November 2020 election. The new measure would begin with the March 8 primary.

“The real way to guarantee election integrity is to make sure every vote counts that is legally cast,” she said. “This bill does the opposite and makes it likely that some of them won’t.”

Another Senate measure that passed the House — also with only GOP support — would bar election boards and county commissioners from accepting private money to run elections.

Millions of dollars were received from entities to purchase pens and to provide bonuses to workers at early voting sites for the November 2020 elections. The Center for Tech & Civic Life, one grant distributor, received large donations from Mark Zuckerberg, the CEO of the company formerly known as Facebook, and his wife. GOP lawmakers have said such donations to government agencies create the impression of undue influence in elections.

Another Republican bill the House passed on Thursday is designed to ensure that non-U.S. citizens are kept off voter rolls by sending to election officials information about potential jurors who have been disqualified because they aren’t citizens. Two years ago, Cooper vetoed a version of that bill, which critics say could encourage the harassment of immigrants.

“These undemocratic efforts are part of a national playbook to slowly erode North Carolinians’ access to the ballot piece by piece,” said Ann Webb, senior policy counsel for the North Carolina chapter of the American Civil Liberties Union. “In advancing these anti-voter bills, state lawmakers are extending our state’s shameful legacy of voter suppression.”

The donations and juror bills each would need affirmative Senate votes before they could go to Cooper. The legislature will return to Raleigh on Nov. 29 with hopes of wrapping up its work for the year that week.