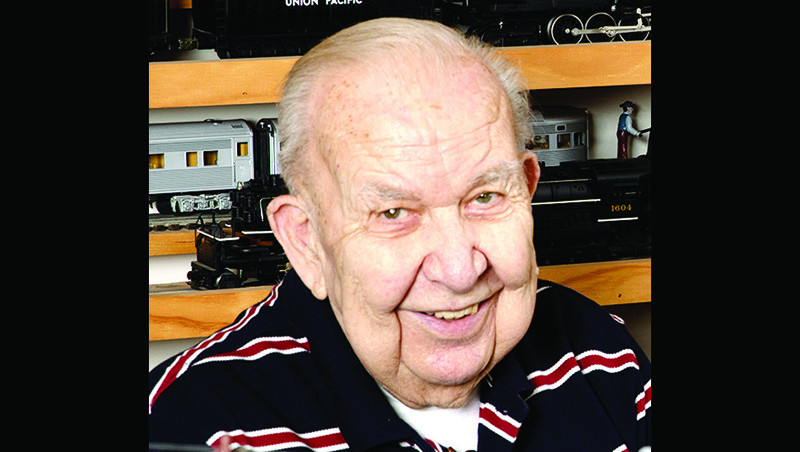 Peter Michael Turek passed through death into Life on November 23, 2021, at his home in Colington Harbour, after a brave journey through a long illness. He was 90.

Pete loved to say, being born on the 4th of July, that the whole country got the day off to celebrate his birthday! He loved both his heritage and his country. After graduating from New Britain High School in 1949, he enlisted in the United States Air Force, serving until 1954. While stationed at Langley Field in Virginia, he met the first love of his life, Pat, and they married on May 1, 1954. They moved to Newington, CT, where he worked for Stanley Works and apprenticed as a tool and die maker. His talents for making and building needed a greater outlet, so he began working as a builder for Variety Homes. He later formed his own construction company, specializing in custom homes, American Greeting Card stores and Mister Steakhouses throughout CT and VT.

In 1986, he and Pat moved to Colington Harbour where he continued with Pete Turek Construction to build and remodel homes up and down the Outer Banks. A generous and giving man, he and Pat housed a Mexican exchange student, Joaquin Reyes, for his senior year in high school. He also joined the Coast Guard Auxiliary, headed the building committee and later served as a board member for The Colington Harbour Association and was active as a member of the Holy Redeemer Catholic Church.

After Pat’s long illness with ALS, Pete remarried, and he and Eve began their life together in 1997. He often said many people do not get to enjoy even one lifetime love, but he had been blessed with two.

In 2000, he became the manager of Colington Harbour and late in 2005, he and Eve bought Yellowhouse Gallery from its founder; they bought SeaDragon Gallery late in 2015. He immediately turned his creative talents and builder’s skill into custom framing, serving hundreds of customers in his years at the gallery until declining health and strength finally forced an unwilling “early” retirement – at 89 years old!

He loved music, and visitors to his frame shop would hear tunes ranging from country to pop, classic crooners to Christmas and gospel hymns to polkas. His favorite hobby when not working was model trains, and he designed and built increasingly complex layouts after marrying Eve, “for the grandkids.” (Of course, everyone knew who was the biggest kid of all!) He had a wonderful sense of humor and a big sweet tooth and a smile that could brighten the dreariest day.

A man of deep faith and resilience despite much personal loss and heartache, Pete spent his life as a Master Builder – building a home for his parents to call their own, building dozens of houses and hundreds of frames, and most importantly, building a family legacy with love.

His funeral service will be held on Saturday, December 4 at 11 a.m. at All Saints Episcopal Church in Southern Shores with a reception to follow. Please note the church and family are requesting those attending to wear a mask.

In lieu of flowers, contributions can be made to the All Saints discretionary fund, which assists needs in the community unmet in other ways, to ICO (Interfaith Community Outreach), St. Jude’s Children’s Hospital or the Muscular Dystrophy Association.

Expressions of sympathy and comfort may be shared via the online register at www.gallopfuneralservices.com. Gallop Funeral Services, Inc was entrusted with arrangements.