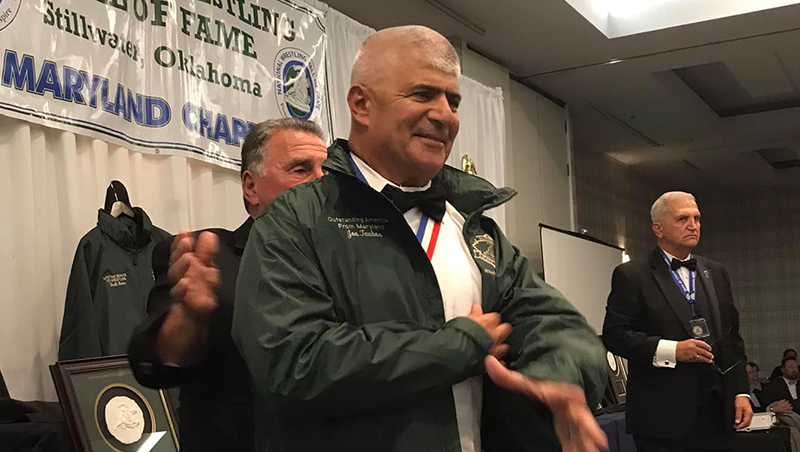 Joe Tauber was inducted into the National Wrestling Hall of Fame for the Maryland Chapter as this year’s Outstanding American on Nov. 14, 2021.

He was tapped for his wrestling officiating at the local, regional and national levels and his outstanding service in the United States Army.

The ceremony was held in Annapolis, Md. “It was a celebration of the sport and those contributing to the sport. It was wonderful,” said Tauber about the experience.

Tauber started his association with wrestling at Northwood High School in Silver Spring, Md. His career high school wrestling record was 35-3-1. He also won the gold medal in the 1971 Eastern Regional Junior Olympic Tournament in Pittsburgh. Tauber capped his high school career by placing second at 112 pounds in the 1973 State Championships. 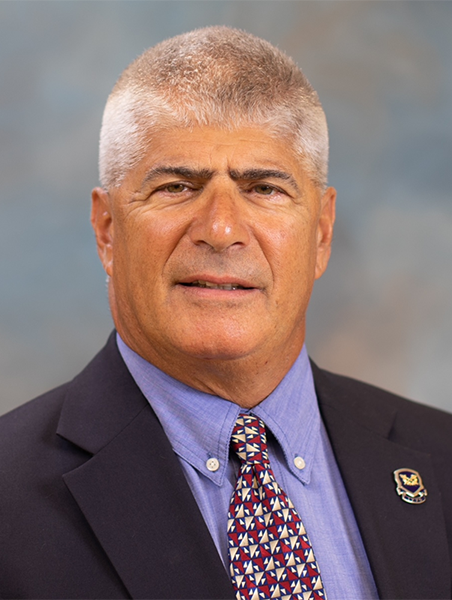 While attending the University of Maryland, Tauber was encouraged to officiate wrestling by Dr. Robert McNelis. As a member of the Washington Metropolitan Wrestling Officials Association in 1976, he worked boys clubs, junior and senior high matches and set his sights on refereeing college matches and NCAA Championships.

After attending Ohio Northern University Law School from 1980-1983, he served as associate lead articles for the Law Review. He published two articles in the Law Review and was licensed to practice law in Maryland, West Virginia and Washington, D.C.

In 1999, he was recognized as the Maryland Official of the Year. Besides high school officiating, he was assigned Division I matches in the Atlantic Coast Conference, Southern Conference, Eastern Wrestling League and various other prestigious tournaments. Tauber also worked many Division I qualifiers and officiated the Big Ten Championships from 2008-2020. This year, he officiated the Atlantic Coast Conference Championships. Tauber has officiated wrestling matches broadcast on ESPN and the Big Ten Channel.

He achieved his early goal of officiating NCAA championships. During his wrestling career, he has officiated 10 NCAA Division I Championships.

Tauber entered the Army as a member of the Judge Advocate Generals Corps in 1984. He also trained and served in a Special Operations Unit. In 2001, he volunteered for Operation Enduring Freedom, serving as Chief of Humanitarian Assistance Working Group at McDill Air Force Base, Tampa, Florida and in Afghanistan, supervising senior officers from 44 countries. This group collected and transported 150 tons of humanitarian assistance to Afghanistan. Tauber was also instrumental in facilitating the provision of small arms and other equipment for the Afghan National Army. He received special recognition from General Tommy Franks for his contributions. Tauber was awarded the Combat Action Badge, Defense Meritorious Service Medal, Meritorious Service Medal, Army Commendation Medal and Airborne and Assault Badges. He retired as a Lieutenant Colonel in 2005.

Locally, Tauber officiates at high school wrestling and soccer matches. He is a member of the Dare County Board of Education, the Jennette’s Pier Advisory Council, the Dare Education Foundation and Dare ABC Board.

Tauber’s Maryland Chapter award is forwarded to the National Wrestling Hall of Fame in Stillwell, Oklahoma.

Blasts of color at fun run in Currituck County