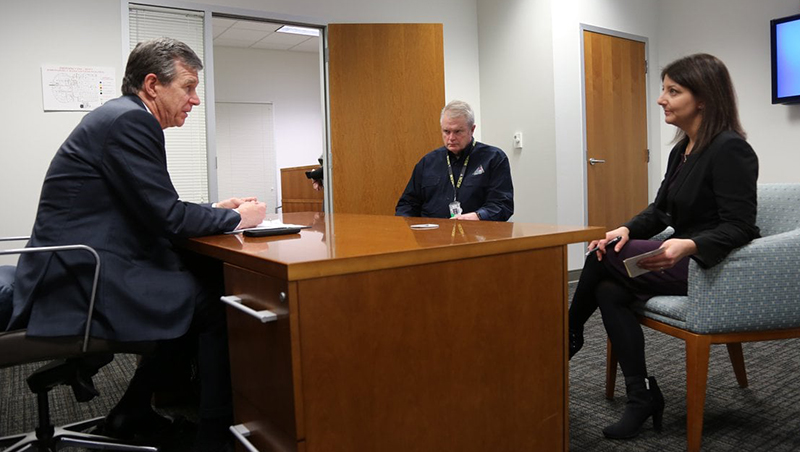 Dr. Mandy Cohen, the head of North Carolina’s health department and face of regular updates on the impact of the COVID-19 pandemic on the state for two years, is stepping down from her post, Gov. Roy Cooper announced Tuesday.

“Mandy Cohen has shown extraordinary leadership during her tenure and she has worked every day during this pandemic to help keep North Carolinians healthy and safe,” Cooper said in a news release.

According to the news release, Cohen plans to spend more time with her family while exploring new opportunities to carry on her work to improve the health and well-being in the state.

Cooper appointed Cohen, an internal medicine physician, as secretary of the Department of Health and Human Services in January 2017. She led North Carolina’s response to COVID-19 and served as the governor’s chief adviser and strategist on overcoming the pandemic.

Before taking over at the agency, Cohen was chief operating officer for the Centers for Medicare and Medicaid Services in President Barack Obama’s administration.

Kody Kinsley, chief deputy secretary for health at the department and lead for COVID-19 operations, will replace Cohen on Jan. 1, 2022, the news release said.

Cooper’s office said Kinsley, a Wilmington native, would be the first openly gay Cabinet member in state government history. He is subject to a confirmation vote by the state Senate, and all but one of Cooper’s Cabinet choices have been approved by the Senate since he took office in early 2017.